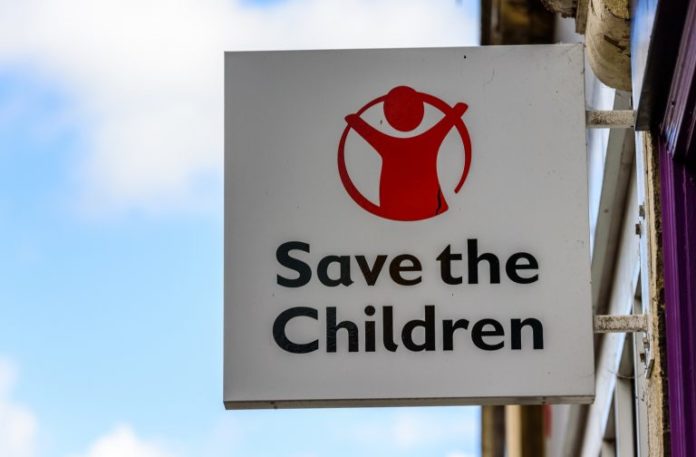 Making donations is a great way for the cryptocurrency community to spread acceptance for peer-to-peer electronic money to new people and institutions. And options for giving with bitcoin cash to your supported causes are expanding all the time, with organizations such as Save the Children joining in.

Save the Children, which helps protect children from the effects of war and violence, has announced today the relaunch of its cryptocurrency fundraising capability effective 3 December, 2019. The global humanitarian organization is now able to accept multiple digital assets in automated fashion through its website including bitcoin core (BTC), bitcoin cash (BCH), ethereum (ETH), zcash (ZEC), litecoin (LTC) and the gemini dollar (GUSD).

The organization initially accepted bitcoin donations in 2013, in response to Typhoon Haiyan that struck Southeast Asia and devastated the Philippines. By accepting multiple cryptocurrencies, Save the Children is now offering more supporters with diverse cryptocurrency portfolios the ability to support the charity in a tax efficient way. The organization explains that the IRS classifies cryptocurrency donations as property, meaning they are not subject to capital gains tax and are tax deductible on the donor’s tax returns.

“Beyond cryptocurrency contributions, what if blockchain technology could be used to make supply chains more efficient, transactions more transparent and end world poverty through decentralized universal basic income as a form of unconditional cash vouchers? That would be a dream worth HODLing on to,” stated Ettore Rossetti, Senior Director of Social & Digital Innovation of Save the Children. He added, “Since our founding 100 years ago, Save the Children has reached more than 1 billion children. Perhaps the next Bitcoin billionaire can help us reach the next billion children.” Save the Children is working with The Giving Block, which helps equip nonprofits with the tools and techniques to effectively raise funds with cryptocurrency. The organization’s crypto donations relaunch is part of the Bitcoin Tuesday initiative, which offers a cryptocurrency twist on Giving Tuesday, a day held on the Tuesday after Thanksgiving that encourages philanthropy.

Discussing this year’s campaign, Alex Wilson, Co-Founder of The Giving Block said, “Giving Tuesday inspires millions around the world to support and give to the causes that matter to them. But, despite the enhanced tax benefits that crypto donations can offer donors, the day has failed to capture the attention of crypto donors in years past.” His colleague, Co-Founder Pat Duffy added that, “Bitcoin Tuesday will introduce a largely traditional audience to Bitcoin and other cryptocurrencies, driving crypto adoption. When nonprofits accept crypto donations, the world sees crypto as the force for good we know it to be.”

Among the many organizations participating in Bitcoin Tuesday, as listed on the initiative’s website, you can see a number that should be familiar to the Bitcoin Cash community. These include the Tor Project, which advances human rights and freedoms by deploying free and open anonymity and privacy technologies, as well as the Liberland Aid Foundation, which is the humanitarian arm of the Free Republic of Liberland.

If you are looking to donate using bitcoin cash you should also check out the options available on Freedom.Bitcoin.com. Here you can stand up for liberty, freedom, and inalienable human rights by supporting causes that include Free Ross Ulbricht, Defense Distributed Defense Fund, and Eatbch. The last is easily recognized as the Bitcoin Cash community’s favorite charity because the nonprofit organization has been using BCH to help feed people throughout Venezuela and South Sudan.

Free Ross Ulbricht is focused on the case of the young man with no criminal history who was sentenced to over 40 years in prison without parole for creating the Silk Road website, an online marketplace using cryptocurrency and the Tor browser enabling anonymous exchange of a variety of goods. The Defense Distributed Defense Fund helps support the costly legal battle of the creator of world’s first gun made with a 3D Printer. In the last couple of years the ability to donate with bitcoin cash has expanded to even more fields. For example, in August the Alcor Life Extension Foundation began accepting BCH donations for its cryonics research and operations in Scottsdale, Arizona. Alcor was convinced by Bitcoin.com’s executive chairman Roger Ver to add BCH acceptance, the same person who convinced Alcor to accept BTC payments back in 2014.

The Wikimedia Foundation, the nonprofit that operates Wikipedia and similar free knowledge projects, partnered with Bitpay in January to accept BCH and BTC donations. Bitpay works with many large non-profits to allow them to accept cryptocurrency donations, and reported that donations have increased dramatically in the last couple of years, especially at the end of the year as people look for tax benefits. The service reportedly processed several multi-million dollar donations to non-profits in 2018.

In September 2018 the French office of the United Nations Children’s Fund (UNICEF) started accepting donations in 9 of the most popular cryptocurrencies, including bitcoin cash. Even some religious groups accept BCH, like an evangelical church from the largest city in Switzerland, ICF Zurich, which began accepting voluntary offerings from its parishioners using cryptocurrency in January 2018.

What do you think about Save the Children accepting bitcoin cash donations? Share your thoughts in the comments section below.