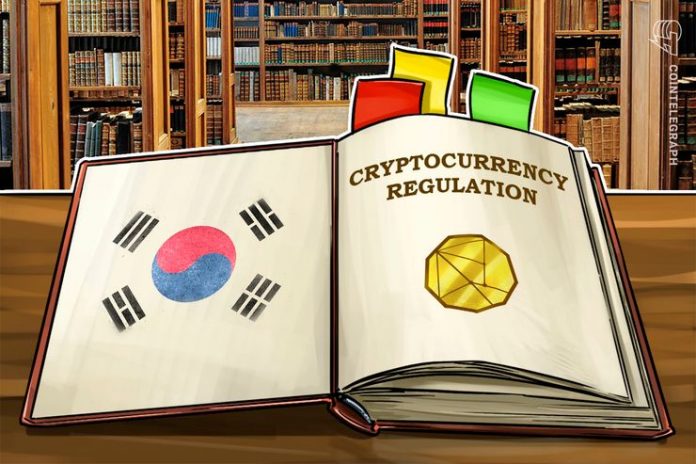 South Korea’s lawyers are lobbying the country’s government to step up its action and expedite a legal framework for cryptocurrencies, Reuters UK reports Nov. 8.

The Korean Bar Association, membership of which is required of all the country’s lawyers, has appealed to the government to take more swift action in the realm of cryptocurrencies, with Bar Association President Kim Hyun telling a press conference at the parliament that:

“We urge the government to break away from negative perceptions and hesitation, and draw up bills to help develop the blockchain industry and prevent side effects involving cryptocurrencies.”

The South Korean crypto context has historically been one of the world’s most dynamic, although a more stringent regulatory stance from the government as of late 2017 has had a palpable impact. However, this fall, reports that the country’s so-called “Kimchi Premium” — when demand drives crypto prices in Korea well above the global average — is re-emerging suggests that the interest in the crypto sector remains unabated.

The Korean Bar Association’s intervention comes at time when local investors are keenly awaiting the possible announcement of a government decision in November over whether or not to repeal the country’s China-style ban on Initial Coin Offerings (ICOs), which has been in force since September 2017.

The country’s government is taking a winding path to finally cement its stance toward the crypto and blockchain sector; as Reuters today notes, the government has emphasized it intends to finalize blockchain regulation only after a rigorous study.

There have been mixed signals throughout fall from domestic regulators, with Korea’s Financial Services Commission (FSC) recently issuing a warning that crypto funds may be in violation of the country’s Capital Markets Act, and the FSC chair, Choi Jong-Ku, reaffirming his negative stance towards ICOs in particular.

Nonetheless, Choi Jong-Ku has recently declared that that crypto exchanges should face no issues with banking provisions, as long as they have adequate anti-money-laundering (AML) safeguards in place and apply robust know-your-customer (KYC) checks.