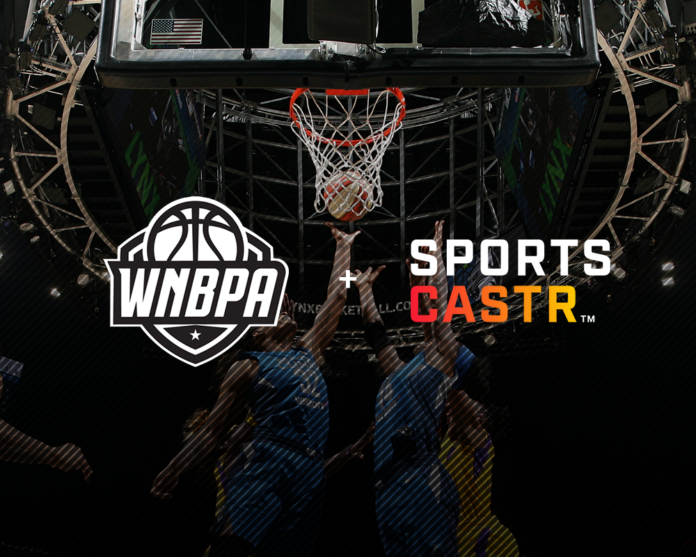 Bitcoin Press Release: Blockchain company Sportscasrtr has formed a strategic alliance with WNBPA, which will allow Basketball fans access to premium content from the most elite women’s professional basketball players in the world. This will be made possible with the SportsCastr’s FanChain token.

Through the partnership with the WNBPA – which represents the current women’s professional basketball players in the WNBA – all current players will be invited to use SportsCastr to provide live commentary across a range of professional and college sports, share personal insights, and more. The company will also work with the WNBPA to create premium opportunities for the league players around marquee events.

Terri Jackson, Director of Operations for the WNBPA said

“Fans crave authentic interaction, and through the SportsCastr live-streaming platform, our players have another exciting way to engage fans in real-time. This innovative technology also fits our objective to build unique group licensing opportunities through REP Worldwide that bring fans and players closer.”

This past June, SportsCastr announced FanChain, a cryptocurrency developed for the multi-billion-dollar global sports market. FanChain allows SportsCastr users to earn tokens for participating on the platform, and those tokens can then be used to unlock premium player content, purchase sports tickets or merchandise, and send virtual gifts to players. SportsCastr is the first platform to support FanChain, and the company is working with teams, media publishers and leagues to add FanChain support, with the aim of making it the ubiquitous token within the sports industry.

Andrew Schupak, CFO and Head of Strategy at SportsCastr stated,

“Women’s basketball fans are global and diverse. By partnering with the WNBPA, we aim to build the international reach of WNBA players while delivering unparalleled access to their fans.”

As part of the agreement, the WNBPA will have a dedicated portal within SportsCastr that aggregates all player content, highlights featured content and includes a dedicated leaderboard where fans can discover the most popular player streams.

The announcement follows news that the NFL Players Association (NFLPA), through its athlete-driven accelerator the OneTeam Collective, has acquired a minority stake in the company, making SportsCastr an officially licensed NFLPA platform.

“From the NFLPA to the WNBPA, it’s our mission to provide a platform for all fans and athletes to have a voice. Through the WNBPA partnership, which offers fans live interactive video and exclusive content directly from players, the talents and personalities of these incredible female athletes will be on display for the next generation of fans.”

The first WNBA players will begin using the platform in the third quarter of 2018, with the WNBPA portal launching in Q4. For more information, visit SportsCastr.com or download the beta app at https://sportscastr.com/getapp.

SportsCastr is a live-streaming platform that allows anyone to become a color commentator. Backed by some of the biggest names in sports including NBA Commissioner Emeritus David Stern and Super Bowl Champion Vernon Davis, SportsCastr enables viewers to select which user they wish to have call, recap, or predict games. The Company’s FanChain cryptocurrency is designed for both SportsCastr and the global sports market, allowing users to tip broadcasters and access premium content.

The Women’s National Basketball Players Association (WNBPA) is the union for current women’s professional basketball players in the WNBA. The WNBPA is the first labor union for professional women athletes. It was created in 1998 to protect the rights of players and assist them in achieving their full potential on and off the court.

About the NFL Players Association

The National Football League Players Association is the union for professional football players in the National Football League. Established in 1956, the NFLPA has a long history of assuring proper recognition and representation of players’ interests. The NFLPA has shown that it will do whatever is necessary to assure that the rights of players are protected—including ceasing to be a union, if necessary, as it did in 1989.

About the OneTeam Collective

SportsCastr is the source of this content. Virtual currency is not legal tender, is not backed by the government, and accounts and value balances are not subject to consumer protections. Cryptocurrencies and tokens are extremely volatile. There is no guarantee of a stable value, or of any value at all. Token sales are only suitable for individuals with a high-risk tolerance. Only participate in a token event with what you can afford to lose. This press release is for informational purposes only. The information does not constitute investment advice or an offer to invest.

The Los Angeles Dodgers, a U.S. professional baseball team, will hold a giveaway of crypto-based athlete tokens at the end...