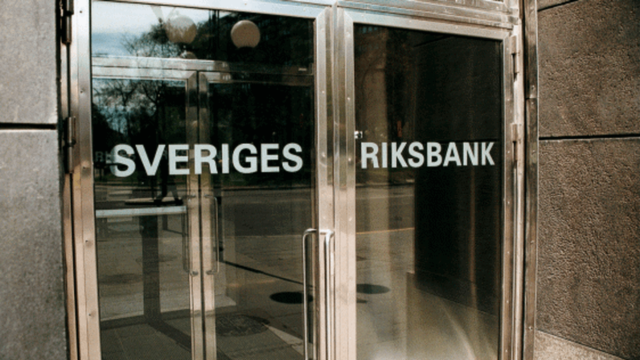 The Riksbank of Sweden is starting to test Europe’s first central bank digital currency (CBDC), they said in a statement made Wednesday. The Swedish central bank says the goal of the testing is to show that citizens could benefit from using an e-Krona that’s as easy to send as an email.

Sweden has been a leader in moving towards a cashless society for a number of years now. Over half of Sweden’s banks don’t even keep physical cash in their vaults. Most payments happen with credit/debit cards or mobile payment apps, with cash only accounting for 20% of merchant transactions.
The Riksbank aims to analyze whether Sweden, the world’s least cash dependent country, can effectively implement a CBDC.
Sweden’s trials with e-Krona is expected to be a pilot test for other developed economies in the West to observe. The e-Krona is being developed by Accenture, a consultancy firm. They will be running preliminary tests, in a sandboxed testnet.
Sweden’s citizens already make 80% of their payments in means other than cash. Of the Swedish GDP, only 1% exists in the form of physical cash notes, so a CBDC should be easy for Swedish citizens to adopt.
The World is Catching on Fast
Sweden’s announcement of the e-Krona tests being conducted by the Riksbank come on the heels of the announcement made by Brazil’s central bank, yesterday.
The central bank of Brazil announced an e-cash system being developed called PIX, which officials admitted was being developed to compete with cryptocurrencies, and will feature nearly instant payments. PIX will be usable for internet, mobile purchases and will be integrated with ATMs.
Japan, another nation which joined the WEF’s blockchain think tank, has been clamoring about introducing a CBDC as well. As reported by Bitcoinist last month, the Japanese central bank may jump into development of a digital Yen soon.
Have we entered the age of CBDC’s in earnest? It sure seems that way, especially after a recent announcement by the Bank of International Settlements (BIS) stating that as many as 70% of banks are currently working towards creating CBDCs.
Will these central bank coins have what it takes to compete with the existing fiat system? Let us know in the comments!

Virgin Galactic Stock Is Skyrocketing, Will Take Bitcoin to Shoot You Into Space

Virgin Galactic is one of the leading ventures in the emerging private space race alongside companies such as Spacex. However,...