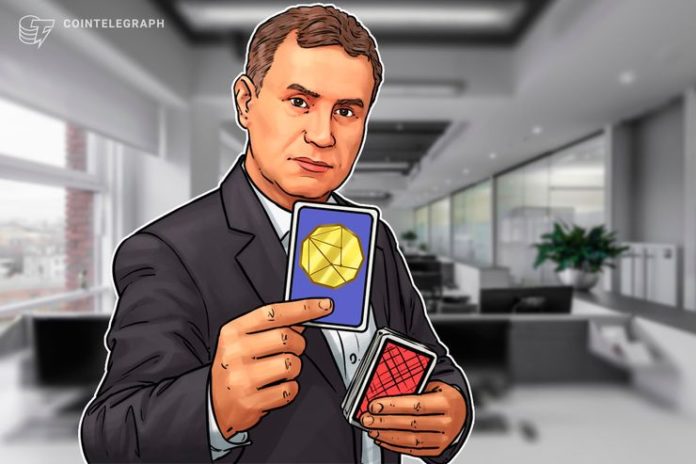 American economist Nouriel Roubini has prepared his “debunking” of the crypto and blockchain space in a 30-page testimony set to be delivered at a U.S. congress hearing.

The hearing will be held today, Oct. 11 by the U.S. Senate Committee on Banking, Housing and Urban Affairs, and is devoted to “Exploring the Cryptocurrency and Blockchain Ecosystem.” Roubini will testify in counterpart to Coin Center director of research Peter Van Valkenburgh.

Roubini’s testimony asserts that the crypto “bubble” of winter 2017 was driven by the FOMO (fear of missing out) of “clueless retail investors.” The perpetrators stoking the “literal manic frenzy” of Bitcoin (BTC) and altcoin buying are characterized as “scammers, swindlers, criminals, charlatans, insider whales and carnival barkers,” whom Roubini places under the umbrella of “conflicted insiders.”

Roubini, known as “Dr. Doom” for predicting the 2007-2008 housing bubble crash, opens with a comparison of Bitcoin historical price data with the financial bubbles of bygone eras: “Tulip-mania, the Mississippi Bubble, the South Sea Bubble.”

He notes Bitcoin’s “70 percent collapse” since its price peak, and then compares it favorably with other altcoins, “better known as s**tcoins,” “thousands” of which he alleges have lost “on average” 95% in value. He continues:

“Actually calling this useless vaporware garbage a “s**tcoin” is a grave insult to manure that is a most useful, precious and productive good as a fertilizer in agriculture.”

Roubini then apologizes to the Committee members for using the term, claiming that the word is a “standard” “technical term” in crypto jargon, and has over 500000 hits on Google search.

Roubini continues to argue that Bitcoin has problems with scalability, is a poor store of value and means of payment, consumes too much energy through mining, has high transaction fees and weak security.

Other claims include, for example, that when Initial Coin Offerings (ICOs) aren’t scams then they are “non-compliant securities.” As for his latter point on decentralization, he stated:

“[W]ealth in crypto-land is more concentrated than in North Korea, where the inequality Gini coefficient is 0.86.”

The Gini index is a measure of distribution, often used to evaluate economic inequality in a particular country or region; with 0 assigned to perfect equality, and 1 to unmitigated inequality.

To substantiate his claims about Bitcoin’s inequitable distribution, Roubini refers to a 2014 Business Insider report, which had already made the analogy with North Korea.

Roubini has been active on Twitter all morning ahead of his testimony; in the one hour before press time, he has tweeted (and retweeted) 27 separate posts on his official account. A typical response to any one critique of his arguments reads:

“Another ignoramus in the motley crew of… conflicted insiders who know only how to insult me as they got ZERO points against my 30 page detailed critique of crypto!”

Virtual currencies have become the big hit and sensation of the 21st century. Pretty much everyone and their mother has...