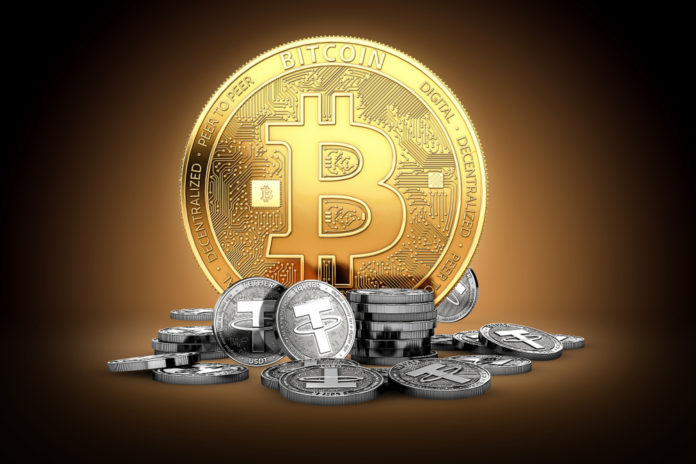 Tether is not, contrary to previous statements, one hundred percent covered by deposited US dollars. As can be seen from a change in the text of the homepage of the “stable coin”, the cover could now also be made by other assets.

Stable coins are primarily designed to provide a safe haven for traders. If you trade cryptocurrencies on Bitcoin exchanges and want to park them at short notice without going bankrupt, you have the option to change them into stable coins. Because these are covered 1: 1 by deposited Fiat currency or other (more or less) stable assets. At least the promise.

No safe haven for Bitcoin traders

The largest of these stable coins, namely Tether, was repeatedly criticized. Notably, suspicions came up here whether the actual coverage of the cryptocurrency. Recall the turbulence around the Bitcoin exchange Bitfinex. Thus, the main allegation last October was that the stock market no longer had enough cash reserves to disburse its customers. In addition, there was a conspicuous censorship on the part of the stock exchange and entanglements with a discredited person from Hollywood. Those who respond to the name Brock Pierce seem to have something to do with the in-life calling of the Stable Coins Tether. The assumption at the time: Tether is not one hundred percent covered.

What followed were rumors, with which Tether was always maneuvered further offside. This led to considerable doubts as to the credibility of the “audits”, ie the independent third-party verification of the actual coverage of the stable coins. These were joined by suspicions on arbitrage trading.

There is a change in the text on Tether’s official homepage, which indirectly confirms that Tether is not covered exclusively by US dollars. Where it was said earlier that this is the case, it now says:

Each tether is always 100 percent covered by our reserves, which include both traditional currencies and cash, and other assets from time to time. In addition, there are [receivables] of loans that tethers to third parties [issues]. These can in turn be sister companies […]. Each tether is also 1 to 1 tied to the dollar. Each USDT is counted by Tether as USD.

In short, Tether acknowledges that reserves can, in principle, be anything that can be turned into money. In the end, this includes cryptocurrencies. The sometimes very high volatility of Bitcoin & Co. can lead to considerable liquidity problems for tethers.

Consequences for the Bitcoin community

These changes on Tether’s official homepage have huge consequences. First of all, this means that the stability of the stable coin is by no means given. If these “accounts receivable” or the unspecified “subsidiaries” should not be available, Tether will not be able to disburse its customers. So if you rely on bitcoin’s trade to move your winnings to a safe haven by turning them into tethers, you could face significant problems with any payouts.

It also throws back the old allegations, according to which the companies commissioned with the audits do not seem to be as independent as they have specified. If the case that the cover was not previously given, the confirmations of the respective companies did not agree.