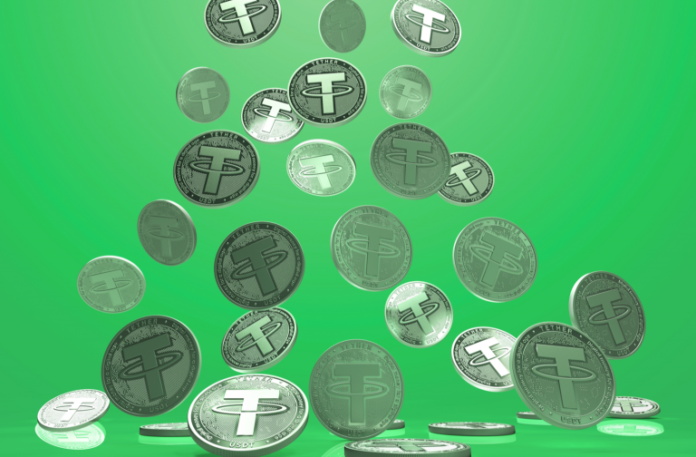 Tether, the world’s most popular stablecoin, will be using the Simple Ledger Protocol built upon the Bitcoin Cash network for issuing its tokens. Among other things, this means that millions of Bitcoin.com Wallet users will now be able to send and receive USDT via SLP tokens right within the app.

Tether, the venture behind the largest stablecoin by market cap, has announced the launch of its token on Bitcoin Cash via the Simple Ledger Protocol (SLP). USDT has a capitalization of over $5.5 billion, with the majority of tokens running on Ethereum as of today. Other cryptocurrency networks supported by Tether include Algorand, EOS, Liquid Network, Omni and most notably Tron.

Tether’s launch on SLP underlines its growing role within the cryptocurrency ecosystem. The protocol is an easy to use, robust and extensible token management system that allows anyone to create tokens on the Bitcoin Cash network in a permissionless way. It has helped the development of an ecosystem for BCH that replicates the variety of ERC20 tokens on the ETH network. “A key strength of Tether is that it is underpinned by a rich diversity of different blockchains,” said Paolo Ardoino, CTO at Tether. “Our latest collaboration with Bitcoin Cash will provide Tether with a variety of benefits. We expect the adoption after launch to be pretty easy for any integrator. The launch will also support more applications on the Bitcoin Cash chain, with Tether facilitating payment for these applications.”

SLP tokens can easily be created, traded, and managed on the Bitcoin Cash blockchain within seconds, while costing users only fractions of a penny for each transaction. All transactions are recorded onchain, and custom token behavior can be defined using a bitcoin Script development language.

Following a recent upgrade, millions of Bitcoin.com Wallet users have access to SLP tokens right in the app. With built-in token management support, users can send, receive, and store a variety of tokens that represent anything from dollar-pegged stablecoins to virtual gaming assets and company loyalty points, with the private keys held only by the user.

“It’s extremely exciting to hear that the world’s biggest stablecoin will be using the Bitcoin Cash Blockchain and that the millions of Bitcoin.com wallet holders will be able to send and receive Tether using SLP tokens,” said Roger Ver, Executive Chairman of Bitcoin.com.

What do you think about Tether launching on SLP? Share your thoughts in the comments section below.

OKEx is stepping into the world of DeFi launching its C2C loan feature. According to Director of Financial Markets Lennix...