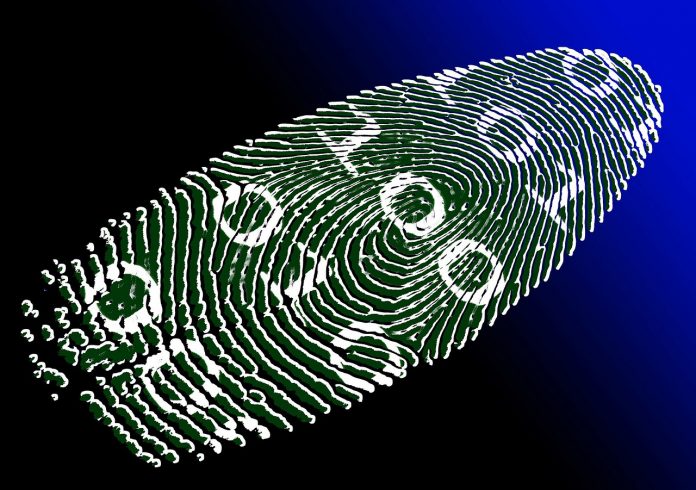 A powerful alliance of corporations and authorities is working on a transnational digital identity for everyone. That brings risks.

“Every seventh person is excluded from government benefits because they cannot prove their identity,” says Dakota Gruener, head of the ID2020 organization in New York City. «There is a proliferation of virtual identities on the Internet. Lack of efficient identity control costs us hundreds of billions of dollars annually. “

ID2020 wants to change that. An alliance of high-tech companies such as Microsoft and Accenture and the Rockefeller Foundation, of aid organizations such as CARE and the vaccination alliance GAVI. The cooperation partners include the US government, the EU Commission and the UN refugee agency UNHCR.

ID2020 plans a transnational digital identity in addition to state systems. Here all information about the individual should flow together: training and vaccination certificates, financial status; Accounts on Facebook, data produced by the smartphone.

The data is stored on a blockchain – a digital account book that is also located on countless servers around the world and stores data in encrypted form. Their manipulation and deletion are currently not possible.

Dakota Gruener emphasizes that every person should have access to the data themselves. If a bank, landlord or border official wants to know details about him, he should only release the information he wants to release using a smartphone app – identified by his biometric data: face, iris, fingerprint. “Self-sovereign identity” is the catchphrase for it.

Travel without a passport

ID2020 creates the framework for pioneering projects that will later grow together. The World Economic Forum’s Known Traveler Digital Identity (KTDI) project, for example, aims to make travel without papers possible. Those who take part provide biometric data and personal information such as the history of their trips abroad and credit card usage.

“If the KTDI traveler identifies himself with his or her face at the airport or when picking up the rental car, the information flows together in the background,” explains Christoph Wolff, head of the project. “And he can almost always pass the checkpoint without being monitored.” A KTDI pilot project will start in early 2021: passport-free travel between Canada and the Netherlands.

Vaccination as a vehicle

Similarly, the corona vaccination could soon help billions of people achieve a transnational digital identity. The proof of vaccination must be reliable, says Gruener.

No paper that can be lost or forged. No, a digital proof of vaccination on a biometric basis: the camera at the border authorities or at the entrance to the football stadium can tell from my face whether I have been vaccinated.

Brave New World: We Travel More Comfortably; Those who have hitherto been excluded are given access to basic social services; Authorities need less paper, less time and less security personnel.

The other side of the coin is less reassuring.

According to the EU General Data Protection Regulation, only personal data required for specific purposes may be processed. The storage for general administrative purposes planned by ID2020 and supported by the EU Commission contradicts this regulation diametrically.

According to the General Data Protection Regulation, personal data must be deleted as soon as the purpose for which they were collected no longer applies or the data subjects revoke their consent. However, deletion does not work on a blockchain because all entries there are based on one another.

According to the General Data Protection Regulation, a responsible authority is liable for the correct handling of personal data. However, such an instance does not exist in blockchain-based data processing – only the automatic mechanism that has been set in motion and which no individual instance controls.

The biometric data that arise when building digital identities is the raw material for facial recognition systems. Several EU countries are experimenting with such systems. Nothing is known of the consent of those affected, which provides for basic data protection.

Bitcoin is an important product of The Blockchain, and Bitcoin can be obtained through ASIC Miner

The concept of ID2020 provides that we only give requesting entities information that we want to release. “Unrealistic,” says Tom Fisher, data protection activist at Privacy International in London: “There is a power imbalance in almost every identity check: If my employer or a border official wants a document from me, I can hardly say ‘no’.”

In order to avoid the arbitrariness of questioning authorities when dealing with transnational digital identity, there should be clear rules as to who can ask what. Answers might even have to be automated so that respondents do not reveal too much by mistake or under pressure.

“An illusion,” says Dirk Fox, owner of an IT security company in Karlsruhe. The interests and power of the governments that have to agree to such rules are too different. Most governments were hungry for data and found privacy a nuisance. In fact, the market will probably create a fait accompli.

Via the back door to behavior prognosis

The initiators promise that the blockchain with our digital identity will be safe from hackers. And no government will be able to extract data through the back door.

“Second illusion”, says Fox: Who knows hacking technologies of the future? And: “Every IT system can contain back doors. We also have a clear trend in all industrialized countries for intelligence services to organize access. “

The freedom of happy slaves

Under such circumstances, democracy would only exist on paper. “If a politician becomes uncomfortable, embarrassing data can be found at any time with which he can be put under pressure.”

“The bitterest enemies of freedom are the happy slaves,” said the Austrian writer Marie von Ebner-Eschenbach. Almost only lone fighters are currently involved in protecting our data and our freedom.