GMO Internet’s cryptocurrency mining operation has more than doubled its earnings since February, according to an official company report.

However it remains far from its goal of overtaking the Chinese in this area.

GMO Internet is one of Japan’s biggest corporations. It has many subsidiaries, one of which is the biggest foreign exchange operation in the world. A few of its branches are devoted to cryptocurrency – for example, it has a cryptocurrency exchange called GMO Coin that was established in January 2017 under the name GMO Wallet.

It began its cryptocurrency mining operation in September 2017, at a location in “Northern Europe” – no further information on the location has been made available. It stated at the time that its goal was to break the Chinese monopoly on Bitcoin mining.

And how is that working out?

Finance Magnates last reported on GMO’s mining figures in March. That month, the firm reported mining 124 Bitcoin and 287 Bitcoin Cash, for a total value of approximately $1.8 million at the time. This was itself a massive increase from the month prior.

Last month (August) it mined 510 BTC and 25 BCH. The total value of these coins is $3.8 million according to current prices (per coinmarketcap.com). So this is a significant increase.

The report also shows that its hash rate has grown by a factor of three since March, reaching 459 PH/s. This measure represents the computing power that the entity devotes to mining. The firm has stated in the past that its ultimate aim is to reach a hash rate of 3,000 PH/s. 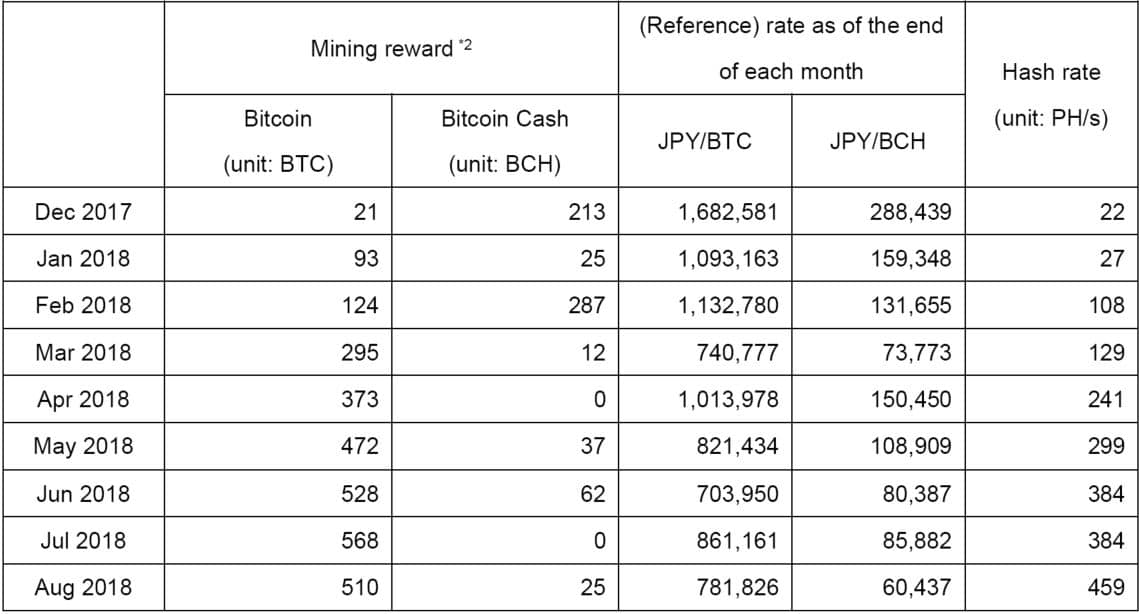 While this is dramatic growth, size is relative. If we make a comparison with the world’s largest mining pool, BTC.com, we see that the Japanese upstart has a long way to go.

Both of BTC.com and Antpool are owned by Bitmain, a Chinese company.

GMO says that it is establishing more mining farms, and hopes to reach a processing rate of 800 PH/s by December. BTC.com registers 7,770.91 PH/s at the moment, which equals a network share of 16 percent.

As a side note, it can be understood from GMO’s figures that its gains have come entirely from Bitcoin generation, and not Bitcoin Cash. The firm has mined considerably less of the latter than it did in February.

Interestingly, the results show that its Bitcoin numbers have increased on a monthly basis (excepting August), its Bitcoin Cash generation appears to be completely random month to month.

But Bitmain, which controls approximately 48 percent of all Bitcoin mining via its controlled/affiliated entities, is going the other way; it has been offloading BTC for BCH and now owns approximately 6 percent of all BCH. As Finance Magnates reported, a leaked document suggests that this decision has lost Bitmain millions of dollars.

Bitmain, which is expected to soon go public, is estimated to be worth around $18 billion, while GMO Internet’s market capitalisation is $1.9 billion.