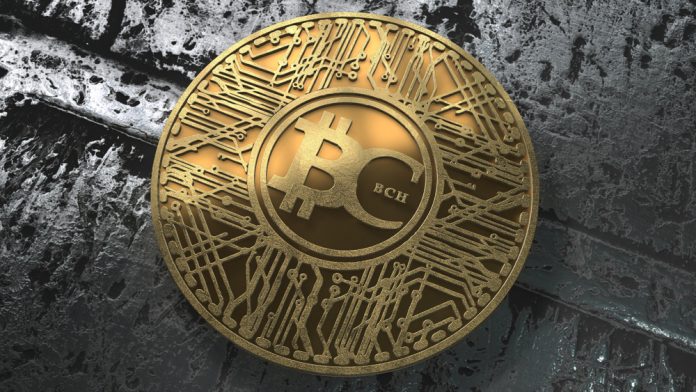 MIAMI, Dec. 06, 2018 (GLOBE NEWSWIRE) — via OTC PR WIRE–Miami-based United American Corp (“UnitedCorp”) (OTC: UAMA) announced today that it has launched a suit for damages and injunctive relief against Bitmain, Bitcoin.com, Roger Ver, the Kraken Bitcoin Exchange and other individuals that are related to what is alleged to have been a well-planned scheme to take control of the Bitcoin Cash network for personal gain and which caused a global capitalization meltdown of the Bitcoin Cash network at the expense of others.

The suit launched today in the US District Court for the Southern District of Florida alleges that the defendants collectively engaged in unfair methods of competition and through a series of unconscionable, deceptive and unfair practices, manipulated the Bitcoin Cash network for their benefit and to the detriment of UnitedCorp and other Bitcoin Cash stakeholders. UnitedCorp believes that the defendants colluded to effectively hijack the Bitcoin Cash network after the November 15, 2018 scheduled software update with the intent of centralizing the network – all in violation of the accepted standards and protocols associated with Bitcoin since its inception.

Bitcoin Cash is one of the most important cryptocurrency networks that has been established in recent years. It is used for peer-to-peer electronic cash system between parties on the Bitcoin Cash network which are executed through a network of decentralized public ledgers which confirm and maintain the records of these digital transactions on a blockchain in a highly cryptographic environment. The integrity and confidence in the network is in part based on this decentralization as well as the operating principle that no single person or entity is able to control the majority of the network. Since confirmation and recording of transactions on the blockchain is undertaken by “consensus” of network nodes and since transaction ledgers are continuously being checked against each other, tampering with the ledgers is extremely difficult if not impossible since multiple ledgers would have to be tampered with in the same way and simultaneously. However if an entity controls more than 51% of a blockchain network, the network becomes susceptible to fraud including reversal of transactions and what is known as “double spending” or spending the same cryptocurrency more than once.

On November 15, 2018 the Bitcoin Cash network underwent an upgrade using the Bitcoin ABC 0.18.4 implementation. UnitedCorp alleges that the defendants took control of the Bitcoin Cash network immediately after the November 15th software upgrade against all principles and protocols of the blockchain, through the use of “rented hashing” the process of artificially and temporarily deploying or redirecting computing power to take control of the network and used this computer power to favor the adoption of the Bitcoin ABC new rule sets over other implantations that would have maintained democratic rule sets. Once the Bitcoin ABC rule set was established, it became the dominant chain and the rented hashing was withdrawn and was no longer contributing to the Bitcoin Cash network. UnitedCorp alleges that the use of computational hashing power that did not contribute to the network just prior and then was withdrawn shortly after the network upgrade was put in place for the sole purpose of maintaining an artificially longer chain over the existing rule sets and amounted to human manipulation for the purpose decentralizing the autonomous network and that this was orchestrated by a small group of individuals and corporations.

UnitedCorp also alleges that a few days later on November 20th, the ABC development team planted a “poison pill” into the blockchain in the form of a “Deep Reorg Prevention” as well as other functionality in order to cement the control of the blockchain ledger. This intervention allows maintenance of control on future implementations and any related rule sets for future network upgrades.

“We are bringing this suit on behalf of UnitedCorp because we believe strongly in the value and integrity of democratic, distributed and decentralized blockchain networks which will become more important with time,” stated Benoit Laliberte, President of UnitedCorp, “In order to maintain confidence in cryptocurrencies such as Bitcoin Cash, no person or entity can be allowed to control them.”

Established in 1992, United American Corp is a Florida-based development and management company focusing on telecommunications and information technologies. The company currently holds the rights to manage a portfolio of patents and proprietary technology in telecommunications, social media and Blockchain technology, and owns and operates the BlockchainDomes which are designed to provide heat for agricultural operations using computer equipment in naturally cooled data centers where efficiency and low-cost operations are a priority.