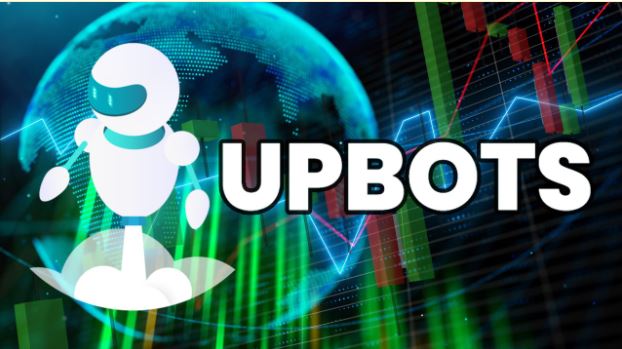 As the third Token Sale conducted on the popular derivatives exchange FTX, the UpBots IEO on September 14th was an overwhelming success. For the sale of 30 Million UBXT at a price of $0,01 per piece, FTX used a hybrid between a lottery and an auction.

Within just two minutes all available token allocation slots have received a bid. After the end of the one hour bidding period, five times as many maximum bids were entered as slots were available, with the winning bidders selected randomly. Since then, UBXT has been listed on the FTX-associated DEXes Serum and SushiSwap, with the FTX and Uniswap listing shortly afterwards. Let’s take a look at the steps UpBots has taken since then.

In order to gain social media awareness, UpBots has started the UpBassadors competition for promotional material such as articles, infographics, or Telegram stickers. The competition concluded on September 21, awarding UBXT rewards to the winners. UpBassadors in an ongoing program however, which still takes applications.

On September 24th, UpBots has released first details about the HOLD program, which will reward stakers with various benefits, such as discounts on subscription and performance fees, access to VIP tools, and participation in a profit sharing pool. In order to receive these benefits, users must stake UBXT for a three month period. The reward comes in four tiers ranging from a staking sum of $250 up to $15,000.

In order to fuel the long-term value accumulation of UBXT, the UpBots Burn Program received an update on October 30th. As part of this program, UpBots wants to burn 25 % of the net performance fees collected through bots and social copy trading. On top of that, a percentage of the annual net income will be burned until Q1 2024 with the end goal of reducing the total supply of UBXT by half.

On October 13th, UpBots has announced that their MVP will be ready to launch within the next seven days. Registration for early access is already open. UpBots is a trading platform that connects to multiple centralized and decentralized exchanges, offering cross-exchange charting and risk management tools, as well as various methods for algorithmic and automated trading through a single dashboard.

On the UpBots marketplace, amateur traders can benefit from the expertise of seasoned traders through social copy trading, signal providers or algorithmic trading bots. For these services, users incur a performance fee, payable in UBXT, which is split with the providers of these automated trading opportunities, giving experienced traders an incentive to share their knowledge. Additionally, traders can use UBXT to book online courses on the UpBots learning section to improve their own skills.

Later, Upots has also partnered with HXRO, enabling decentralized derivatives trading through pari-mutuel markets, as well as Reserve Protocol, connecting the UpBots ecosystem to a decentralized stablecoin solution. The end goal of their DeFi ventures is to incorporate liquidity provision into their trading dashboard, while also expanding into ForEx and commodities trading. All in all, UpBots aims to become a one-stop solution for all things related to both crypto and traditional asset trading, for both amateurs and experienced traders.

The submission deadline for the Mt Gox civil rehabilitation plan has been extended once again, this time to December 15....