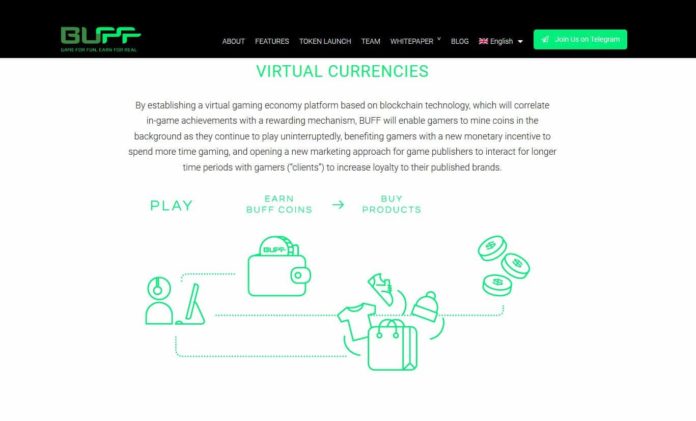 Video game careers traditionally involve such areas as programming, designing, testing, and marketing. Cryptogames broaden these horizons by including players as a paid part of the game community. Let’s take a look at some of these games and how they’re helping to broaden video game careers in blockchain.

BUFF, the Naked Truth of How It Works

Imagine a world where playing games earns you currency. The BUFF project implements just such an ecosystem.

The goal BUFF seeks to achieve is to provide a gaming platform with an economic ecosystem using blockchain technology. Success in the games creates economic rewards. On this platform, you mine coins in the background while playing. These economic incentives increase loyalty to the game brands and provide you with an auxiliary way to start a part-time video game career.

BUFF utilizes the Delegated Proof of Stake (DPoS) protocol to insert new blocks on the blockchain. This algorithm helps to reinforce the goal of creating a community out of the network of users. In addition, the coins you earn by playing one game qualify for use in other games on the BUFF network.

BUFF partnered with Overwolf to add functionality to their system. Overwolf software functions as an overlay to add applications to games. These applications increase the capabilities of the games and log statistics on the players.

BUFF partnered with Overwolf to log statistics on players.

To power video game careers, the engineers programmed BUFF as an open source project residing on GitHub. They used Javascript as the programming language and powered the system with Ark. The Ark ecosystem seeks to simplify blockchain development by creating all-in-one solutions, giving users the power to create, customize, and scale their own blockchain networks.

CryptoFights, Duking It Out

Enjin Coin’s Ethereum based ERC-1155 token powers the economic ecosystem of CryptoFights. The ERC-1155 token standard uses the minimal amount of data necessary to distinguish one unique token from another and perform transactions.

Consequently, Enjin Coins enable users to purchase in-game items on a decentralized platform, and users store these coins in the Enjin Wallet. As with BUFF, CryptoFights uses the Delegated Proof of Stake (DPoS) protocol.

CryptoKitties introduced the crypto community to a new way to make money with cryptogames. Utilizing the ERC-721 token standard, CryptoKitties provides unique collectibles where collectors can prove ownership of a unique asset on the internet.

Assets gain value by their virtue of being unique with more desirable assets increasing in value through market demand.

Additionally, digital trading card games are another cryptogame option. Fuel Games hopes to serve this market with Gods Unchained. The game uses ERC-721 tokens to store the trading cards on the Ethereum blockchain and guarantee that the playing cards are scarce.

The cards represent creatures, spells, and weapons. You not only use the cards to play the game, but if the cards you own increase in value, you profit when you sell them. Gods Unchained somewhat mimics the gameplay of Magic The Gathering and Hearthstone.

Fuel Games previously created the Etherbots blockchain game and learned some of the pitfalls and advantages of blockchain game programming. Although decentralized ownership of assets provides a great benefit, the company learned that placing all the gameplay directly on the blockchain resulted in slow gameplay and expensive transaction costs.

Consequently, the designers of Gods Unchained removed the gameplay off-chain entirely. Based on the experience of Fuel Games, they managed to attract venture capital from a number of high-powered organizations such as Coinbase.

Traditionally, video games careers involved being a professional in the industry and designing games, programming them, or testing them, but cryptocurrency provides multiple ways to enhance video game careers through cryptogames.

With the BUFF paradigm, users make money simply by playing the games. Other approaches involve players owning digital assets and profiting from that ownership. Since the Colossal Cave adventure was programmed on a PDP-11 in 1976, games continue to occupy the forefront of technology. As an emerging technology, expect blockchain to continue to innovate game platforms.