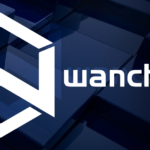 Wanchain is an independent distributed ledger which was designed to provide communication between distinct blockchains, be they public or private. The platform also acts as a distributed bank system, where parties are able to create their own digital tokens and assets by building a market on top of the Wanchain infrastructure.

The platform does not feature only crypto transfer functionalities. Users are able to build a host of financial applications through the use of smart contracts, privacy protection protocols, and the native Wancoin (WAN) token in addition to other things.

How Does Wanchain Work?

Even though Wanchain resulted from an Ethereum fork, the project operates on a distinct blockchain, and its native token Wancoin (WAN) is not based on the ERC20 protocol. The platform is based on complex infrastructure comprised of many parts:

Wanchain implements the Proof of Stake (POS) consensus protocol to establish an agreement between network participants. As other blockchains developed on Wanchain are similar to Wanchain this facilitates the cross-chain mechanism which provides increased interoperability.

Transactions work like those on Ethereum, but the difference is that they feature privacy protection through the implementation of a ring signature scheme. Ring signatures use elliptic curve cryptography, generating a one-time address (OTA) that provides complete anonymity to the signer of a transaction while also allowing the verification of the specific sender’s signature.

Registration module: Registers a transaction’s origin chain along with the asset transferred

Transaction status query module: Monitors the transaction and its status

The cross-chain communication protocol makes use of smart contracts in order to facilitate asset conversion to Wanchain and vice versa.

Wanchain among the first blockchains to implement in its smart contracts a privacy feature. By implementing ring signatures and one-time address generation the platform anonymizes transactions.

In addition, Wanchain also generates a new address for each transaction, which thwarts any attempts of tracking down transaction patterns.

Wanchain employs a Locked Account Generation Scheme to ensure the security of keys and funds when there is one than more party involved. The system is based on Shamir’s Secret Sharing Scheme, which splits the key into parts and distributes them to all involved parties.

Wancoin (WAN) is the token which powers the Wanchain platform. Transactions require a specific amount of WAN, and WAN security deposits must be paid for the cross-chain verification nodes.

107.1 million tokens were sold during their ICO, raising funds of over 120,000 ETH. The tokens sold in the ICO represent 51% of the supply. The ICO funds were distributed by the team accordingly:

Where to Buy WAN

There are not all that many exchanges which support WAN trading. The following exchanges list WAN trading pairs: Binance, Bitbns, Bitkub, Bitrue, DragonEX, Huobi Global, KuCoin. The coin is traded mainly against BTC and ETH, but there are also options against XRP, BNB, INR, and THB.

Where to Store WAN

WAN coins should be stored in the official Wanchain wallet provided by the team. The wallet is compatible with computers running on Windows, Mac, and Linux operating systems. The wallet currently supports only WAN and ETH, but later on, it will add more cryptos.

Since their establishment in 2016 and launching an ICO the following year, the project has seen many target accomplishments. At the beginning of 2018, Wanchain launched its mainnet, which featured privacy protection, Wan Wallet, the Wancoin, and Blockchain Explorer.

Wanchain is a blockchain project that implements cross-chain smart contracts with privacy to offer increased interoperability amongst all blockchains and allows users to transact anonymously.