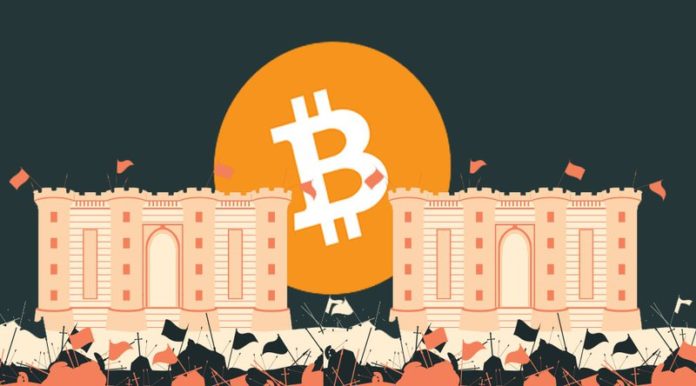 In what may well have been the most watched cryptocurrency event of 2018, Bitcoin Cash two weeks ago “hard forked” (split) into two different coins. The “big block” project that itself forked away from the Bitcoin blockchain in August 2017 fragmented into “Bitcoin Cash ABC” (BCHABC) and “Bitcoin Cash SV” (BCHSV).

In this third and final overview: the main takeaways and latest developments of the second week since the Bitcoin Cash split.

The Bitcoin Cash split drew as much attention as it did in part because Bitcoin SV proponents had announced a “hash war.” Where previous “coin splits” were relatively peaceful — both sides of the respective disputes went their own way — nChain chief scientist and Bitcoin SV frontman Craig Steven Wright threatened that miners would 51% attack a potential Bitcoin Cash ABC chain out of existence.

But as the coin forked and the world watched, nothing irregular happened. Possibly because Bitcoin Cash proponents brought in additional hash power to secure their side of the chain, no 51% attack took place.

One day after the split, Wright said Bitcoin Cash SV miners would instead maintain an “endurance attack.” If and when more miners left the Bitcoin Cash ABC network, the 51% attack(s) would commence. For well over a week, both chains did attract more hash power than their respective block rewards warranted, suggesting that miners were losing millions of dollars in a seemingly pointless “hash power race.”

However, by the beginning of this week — some 10 days after the split — CoinGeek published a press release announcing support for a permanent split. As the publication is owned by online gambling tycoon and major Bitcoin SV miner Calvin Ayre, this declaration was considered an “official” end to the hash war.

Technical director of the Bitcoin SV project Steve Shadders even committed to implementing replay protection (ensuring that users don’t accidentally spend coins on both chains), while Ayre acknowledged he would let go of the name “Bitcoin Cash” and ticker “BCH” and instead adopt “Bitcoin SV” and “BSV.” Hash power on both coins has dropped significantly since (with Bitcoin Cash ABC still ahead).

The two coins will now compete with one another and the market, as all cryptocurrencies do.

Both Wright and Ayre took the stage at the CoinGeek Week Conference in London this week. Here, Wright proposed a plan to transform the internet through Bitcoin SV, while Ayre emphasized in interviews that he believes Bitcoin SV is the “original Bitcoin.”

A little later, Wright tweeted “Some seek a world of shadows… We seek a universe of light” and added another tweet in Arabic: “Light is chasing the darkness.” While this, of course, proves nothing, and Wright offered no explanation, it’s hard not to interpret the tweets as an attempt to link Satoshi Nakamoto’s identity to his own. (Wright, of course, famously claims to be Satoshi Nakamoto but publicly has only provided fake evidence.)

Also worth noting is that Ayre had announced last week that he would reveal documents to prove market manipulation which would involve several prominent names in the Bitcoin Cash ABC camp: bitcoin.com CEO Roger Ver, Bitmain co-founder Jihan Wu, Bitcoin ABC lead developer Amaury Séchet and Kraken CEO Jesse Powell. At the time of writing this article, no documents have been revealed, however, and since CoinGeek Week is over it seems unlikely any will be.

At the tail end of the week, Ayre’s CoinGeek did announce it will be acquired by Squire Mining Ltd.

It is clear by now that both sides of the Bitcoin Cash split will continue as their own cryptocurrencies with their own communities.

BCHABC is also doing better price-wise. In the second week after the split, it mostly traded between $150 and $200. BCHSV was trading lower, between $75 and $100 — though that is a lot higher than during the first week after the split. As such, the price difference between the two coins has shrunk.

This week, Bitcoin SV made its “official” debut on coin-ranking sites like CoinMarketCap, entering the charts as a top-10 coin. At the time of writing, BCHSV holds ninth position, but it briefly peaked to seventh. BCHABC, meanwhile, had difficulty maintaining the fourth position that Bitcoin Cash used to occupy; at the time of writing, it has dropped to the fifth spot.

Perhaps a noteworthy hiccup, cryptocurrency exchange Poloniex experienced withdrawal issues with BCHABC and BCHSV. It’s unclear what caused the issues, and they were resolved within a day or two.

And, as one last interesting detail, MMA fighter Rory MacDonald tweeted to his 235,000 followers that “bitcoin SV is bitcoin.”

For more background on the split, see “When the Fork Forks: What You Need to Know as Bitcoin Cash Goes to War.” Also see the first and second overview articles, covering the first day and the first week after the split, respectively.