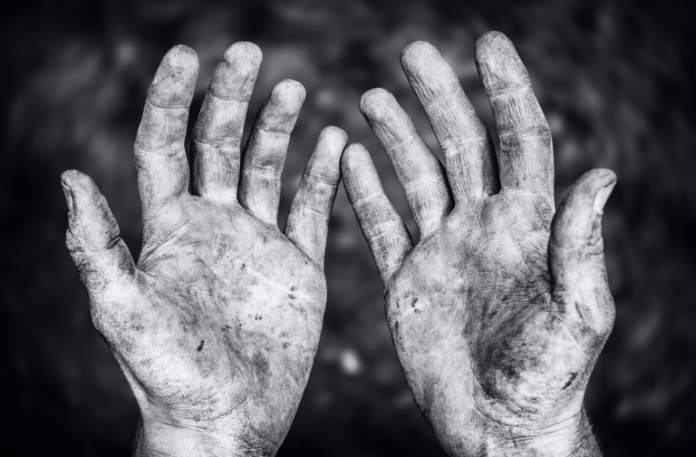 “What I love about Bitcoin is that instead of some rich old guy on Wall Street, young poor people are the ones getting rich”

No Longer Is Economic Sovereignty Just for Politicians and Bankers

“Cryptocurrency is for the rich”; this pernicious myth causes people to resent crypto and be suspicious of it. An impressive number of users have made a fortune through early adoption or shrewd investments, it is true, but the greatest beneficiary of crypto has been average people. Crypto levels the financial playing field between the rich and the working class.

It is comparatively easy for the rich to preserve privacy, avoid the highest taxation, and be treated decently by financial institutions. They have lawyers, accountants, and other informed experts who zealously guard their interests. They have foreign bank accounts, diversified holdings, and tax write-offs. It is also easy for the rich to become accredited investors — a legal status that opens access to the most profitable investments, such as stock in start-ups. By contrast, the working person handles his own money or has it managed in an employment fund, such as a Registered Retirement Savings Plan. He cannot afford to consult experts, let alone to hire them full time. He has no foreign bank account, no widespread investments, nor any significant tax breaks. It is extremely difficult for him to become an accredited investor, which shuts him out of the most profitable opportunities. The system is rigged against the financial interests of average people.

Crypto is a game changer. It only requires a basic understanding of the dynamic, and this is available for free at a multitude of sites that provide instruction manuals, video tutorials, online experts, user forums, and a flood of articles on how to start, on how to protect yourself. With a modest investment of time and money, the average person can become his own banker, control his own wealth, access global markets, and escape the tyranny of the statist financial system.

A way to better appreciate the advantages crypto offers to average people is to look through a window onto the past and see how difficult financial freedom once was.

For about twenty-eight years, until his brief imprisonment in 2004, Anthony L. Hargis operated a warehouse bank in Fountain Valley, California that was frequented by libertarians; the shareholding trust was called Anthony Hargis & Company (ALH&Co). A warehouse bank is one that conceals individual transactions and customer identities by commingling funds that are deposited to and paid out through another financial institution. Warehouse banks are often used to avoid tax liability. Thus, the concealment of depositors’ identities is the key aspect of both the bank’s value and its alleged criminality.

“The Justice Department sued Hargis last week, alleging in court papers that Hargis’s warehouse bank accepts funds from some 253 customers and then places the commingled funds in nine commercial bank accounts, held in his name or the names of his associates. Hargis then allegedly uses the commercial bank accounts to write checks to pay customers’ bills. The commercial bank accounts are allegedly held in Hargis’s and his associates’ names, making it difficult for the authorities to trace the income, assets, expenditures, and identities of customers. The complaint alleges that Hargis’s customers, located throughout the United States, but primarily in California, owe an estimated $24 million in federal taxes.” Hargis offered other services as well. Clients could invest in shares of ALH&Co, for example; they could maintain gold-denominated accounts or dollar ones on which “transfer orders” (cheques) could be written; ALH&Co would act as a depository and issue FDIC bank cheques to pay regular bills for clients who requested this service.

Phil Osborn, a close associate of Hargis, explained his friend’s motivation. “Anthony’s focus then and up to the present was on the dishonesty and fraud, as he viewed it, perpetrated by the Federal Reserve System, which he viewed as a giant scam and Ponzi scheme supported by the armed might of the U.S. and its international cabal.”

Although he was never charged with a crime, Hargis spent about six months in jail; or, rather, his crime was a refusal to turn over client and company records to various federal agencies, most conspicuously the IRS. While Hargis was imprisoned, the agencies confiscated his property—including all customer deposits—and stole his records. They assumed ALH&Co’s office as well as all of its postal or e-mail addresses, and its telephone number. Hargis alerted his customer base. “This means that everyone who tries to communicate with me at my old address will reach the IRS instead—and those at the office will represent themselves as working for [ALH&Co].” Assets were ultimately awarded to the IRS by the court, including accounts held in outside banks.

ALH&Co’s customers and shareholders were contacted by government agents, with a Receiver’s Petition being issued. (Note: the Notice of Receiver’s Petition alleges a customer base of 1190, which presumably reflects the fact that many customers used different services than the 253 who went through outside commercial banks.)

In a March 16, 2006 update, Osborn informed readers, “Last I heard, Anthony is now penniless and has a claim against him by the IRS of some $30 million or so. His total assets, at the time that the Feds seized everything, were possibly worth an estimated $7 million. The seizures resulted in the loss of a good portion of those assets, apparently, as various businesses shut down, etc., leaving perhaps $2 million, it appears, from the final liquidation by the Receiver.”

Crypto’s Financial Freedom for All

ALH&Co offered many of the same benefits as crypto: privacy, protection from traditional banks and the state, and an enhanced ability to control wealth. Because it was brick and mortar, however, using ALH&Co came with risks: harassment by the state, confiscation of wealth, fines and possible arrest. After his release from jail, Hargis warned his former customers:

Please understand, your life, literally, is at stake here. The government is really ticked off that we have operated/exercised rights for twenty-eight years; and is determined to make a real bloody example of all of us.

Everyone associated with ALH&Co knew the risks.

Who were the Hargis customers? They included the rich but most of them were average working people or small businessmen who were neither rich nor poor. Osborn described one. “Bruce, who was a personal friend, although not really close, ran a small printing business, specializing in high quality prints, that had apparently taken out a loan from ALH&Co. and then paid it back. On that basis, as far as I can tell, Bruce was alleged to be some kind of co-conspirator with Anthony’s evil criminal empire, and, I was just told this past weekend, hit in 2004 with a $ million in penalties, somehow. The entire assets of the business, which was just barely scraping along like so many small traditional print shops in the digital age.” Bruce died of heart failure in his late 40’s.

The customers were largely average people who recognized the glaring injustice of traditional banks; they were working people who decided to keep what they earned. Again, it is the average person who does not have a lawyer or an accountant to set up financial protections who most needs to control his own wealth. He can do so through a privately-held wallet on his own hard drive, through encryption and education. A protected and private wallet cannot be raided in the same manner as ALH&Co was in 1993. The feds burst through an unlocked office door with machine guns and flak jackets in order to stop the money laundering and drug dealing that they just knew was going on inside. Instead, they found the conservatively-dressed, soft-spoken Hargis conducting business with average people. This resulted in a court case he won.

By contrast, peer-to-peer crypto allows users to sit at their own computers, in privacy and comfort, investing as much or as little as they can afford. No machine guns, no flak jackets. And, yet, crypto users enjoy the same freedom as ALH&Co’s customers did in the company’s golden days; they do so with next to none of the risk and with a great deal more efficiency. Crypto affords average people the same protection as it does the billionaires who share the blockchain on an equal footing. It is the great financial leveler.

Do you think Bitcoin is a financial leveler? Let us know in the comments section below.

Businesses around the world continue to adopt bitcoin cash (BCH) and in 2020 merchant acceptance continues to grow. Tallying up...