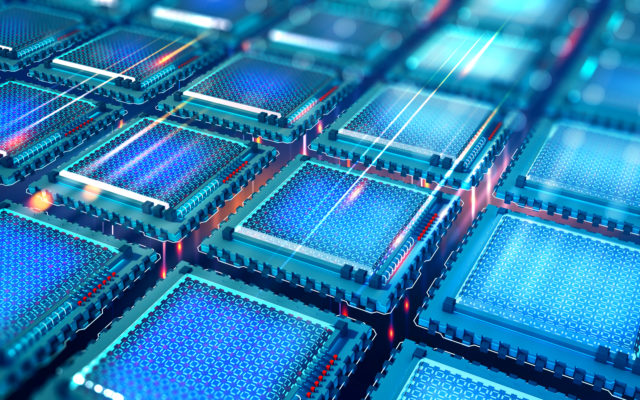 The threat of quantum computing has long loomed over classical cryptography which provides the security behind most current blockchain networks. Search giant Google recently claimed it has reached a milestone in quantum computing which could have serious implications for cryptocurrency.

Does it Pose a Real Threat to Cryptocurrency?

In a new scientific publication, tech giant Google claims to have reached ‘quantum supremacy’ with a 53-qubit quantum computer. This definition means that the machine has solved a problem that no classical computer could solve within a reasonable timeframe. The implications of this could be so far reaching that NASA removed the paper which it had originally published here. It has been reproduced here in a partially readable format.

According to reports, the new quantum processor took just 200 seconds to complete a task that would normally take thousands of years for a regular supercomputer to do. Google researchers wrote

“To our knowledge, this experiment marks the first computation that can only be performed on a quantum processor,”

In theory this means that the computer could break 53 bit cryptography in seconds.

Bitcoin’s cryptography is currently 256 bit encryption (SHA-256) while Elliptical Curve Digital Signature Algorithm (ECDSA) is used in to create private and public key pairs. It will be a while yet before any computer, quantum or otherwise, can crack this but scientists at the search firm estimate it may be possible in the next few years.

The report added that the number of qubits, the basic unit of quantum information in a two-state quantum mechanical system, could double at least every year. This would outpace Moore’s Law and give the company a computer capable of breaking military encryption by 2024.

An increase to SHA-512 or stronger encryption algorithms would prevent the search giant ‘breaking cryptocurrency’ within the next decade but essentially the technology needs to evolve to maintain its security.

There are already a number of quantum resistant blockchains in existence so the FUD headlines are really just that. Bitcoin is not about to be broken by Google.

A more concerning notion is the growing power that this company has. Google already dominates data flows across the planet and practically dictates what makes it into the news and what doesn’t. It is the grand overseer of the internet and operates with virtual impunity.

The company that said ‘don’t be evil’ is already more powerful than most governments and with quantum computing technology at its fingertips, no piece of data on the planet will be safe.

Will Google take over the world with its quantum computers? Add your thoughts below.

The post What Google’s Quantum Supremacy Means For Cryptocurrency appeared first on Bitcoinist.com.