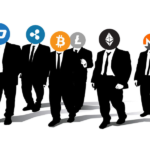 The crypto industry was forged through the vision, experience, and knowledge of many great people. And while some stay in the background, several are always in the limelight and making headlines. In today’s article, we will be featuring some of the most popular personalities from the crypto industry. 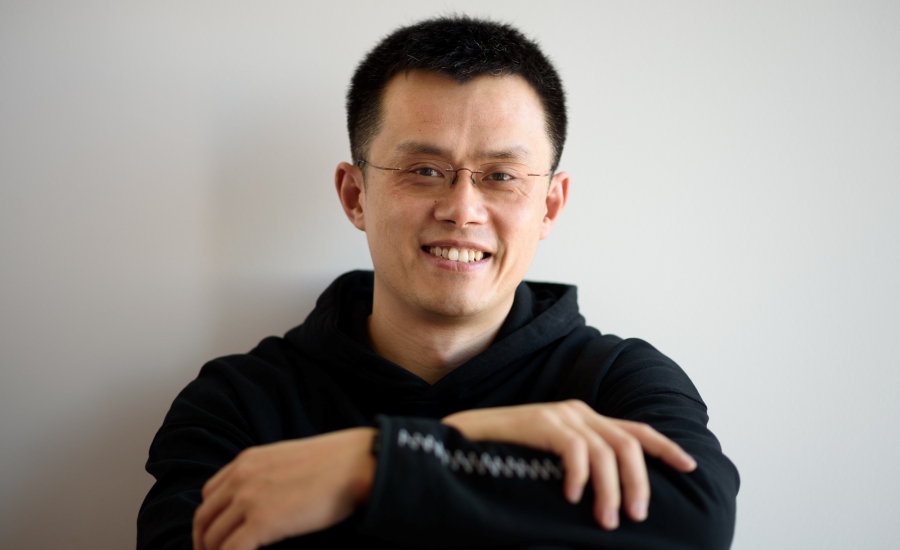 The CEO and founder of Binance, also known as CZ for short, is one of the most popular figures in the crypto world. Born as a citizen of China, he then moved with his family to Canada in the 80s’. As a teenager, he had to work at McDonald’s to help support his family.

But after graduating college, Zhao began his employment at the Tokyo Stock Exchange. He then went on to work as a futures trading software developer at Bloomberg Tradebook. In 2005, he relocated to Shanghai and became the founder of a high-frequency trading system called Fusion Systems. Starting with 2013, Zhao began delving into various cryptocurrency projects, including Blockchain.info and also acted as chief technology officer of OKCoin, a well-known crypto exchange.

2017 was the year in which CZ began the crypto project he is most known for today – the Binance cryptocurrency exchange. Binance is now one of the biggest exchanges according to daily trading volumes. CZ is very active on social media, being quick to respond to the community. The founder’s transparent approach for all things related to the exchange has been widely appreciated by all crypto enthusiasts. 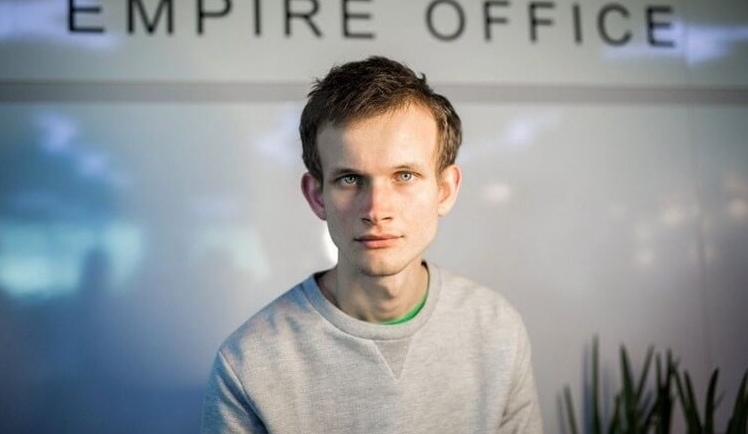 Vitalik Buterin is recognized in the community as being the lead creator of the number one altcoin project, Ethereum. Born in Russia, he moved with his family to Canada in childhood.

Vitalik showed that he had a penchant for math and software development early on. Back in 2011, he started writing at Bitcoin Magazine, where he also acted as co-founder. Four years later, the Ethereum blockchain was launched. The platform was created over the course of two years, and it introduced the ability to develop decentralized online applications on a blockchain.

Vitalik is involved in the development of Ethereum and is a present figure at important crypto events and meetings. 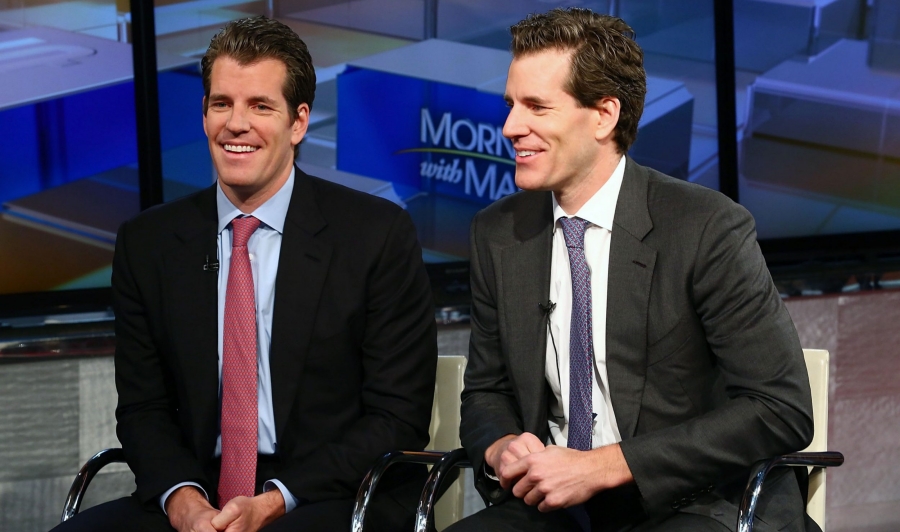 The Winklevoss brothers – Tyler and Cameron – are the co-founders of the Gemini crypto exchange, which is a highly regulated crypto trading platform in the US.

The twins were among the first people to become Bitcoin billionaires. They are probably most known for their case against Mark Zuckerberg. Back in 2004, in cooperation with Divya Narendra, Winklevosses launched the ConnectU social network. Mark Zuckerberg was sued for copying their platform’s idea and using it for Facebook. They used the proceedings to buy Bitcoin and ended up owning 1% of all BTC supply. Then, BTC surged in late 2017, which made them the first Bitcoin billionaires.

The Winklevoss brothers are serial venture capitalists and are among the top crypto influencers, as they continue investing and developing new crypto projects. 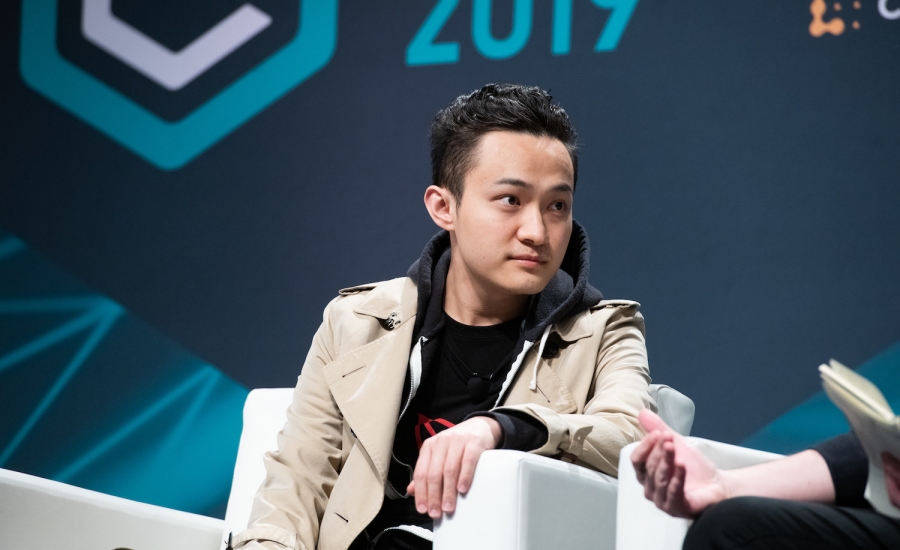 Justin is the ex-chief representative of Ripple and now is mostly known as the founder of TRON – a top crypto platform that is among the top 20 by market cap. Justin is a very active figure in the twitter community and continually promotes the benefits of using cryptos and implementing blockchain technology. Sun quickly branched out and acquired BitTorrent, one of the top platforms for peer to peer file sharing. 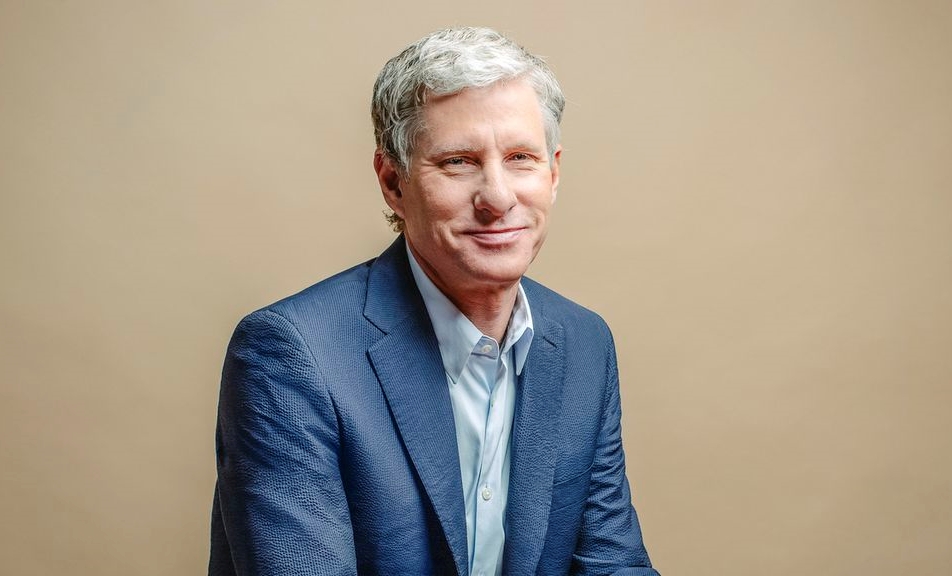 Chris Larsen is one of the three co-founders of the third most popular cryptocurrency Ripple, and he is estimated to be worth around $7.5-8 billion.

In 2012, he worked with Jed McCaleb ( Stellar’s founder) to develop and integrate blockchain technology so it can be used in global banking operations, and thus created the Ripple token (XRP). 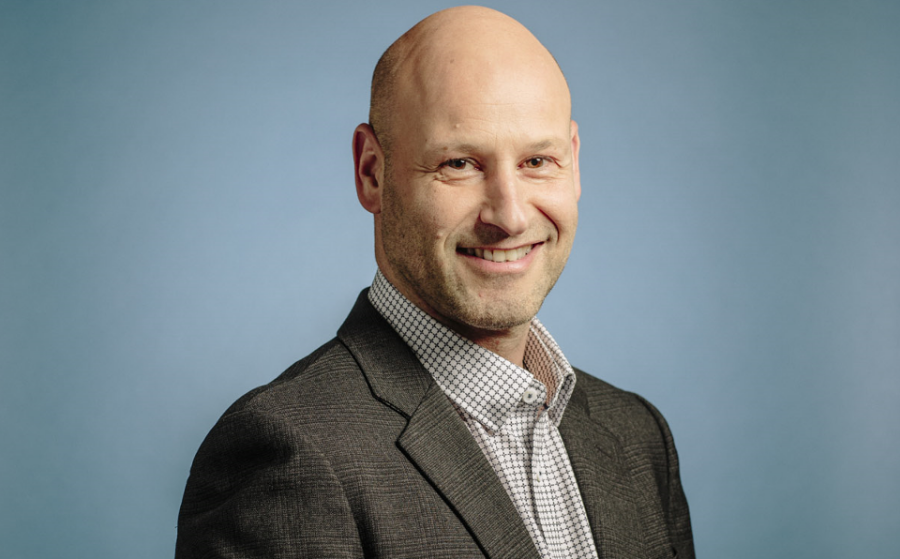 Lubin is one of the co-founders of the Ethereum project and founder of the ConsenSys, a software-production studio. ConsenSys, which provides security audits, consulting, the launch of tokens and other services for other companies.

He was employed at Goldman Sachs Private Equity Management Division for a while before working at Ethereum Switzerland GmbH (EthSuisse) as Chief Operating Officer in 2014. There he worked to extend the abilities of the type of blockchain database used in Bitcoin, and allow it to store programs, data and facilitate, verify, or implement the negotiation or execution of smart contracts.

He met Vitalik Buterin and his business partner, Anthony Di Orio, around that same time, and from January 2014, he became an active investor in Ethereum. 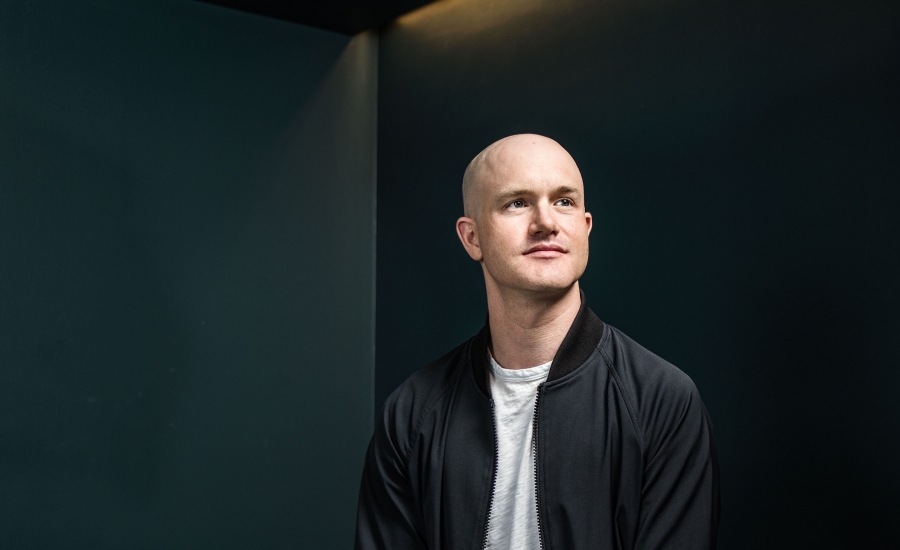 Brian Armstrong is the CEO of popular cryptocurrency exchange Coinbase. He is estimated to have a worth anywhere from $900 million to $1 billion.

Coinbase started out in 2012 and has since become one of the most reputable exchanges in the United States and among the few to support fiat and crypto transactions.

In August 2017, when Bitcoin was at its peak, the Coinbase app was the most downloaded one in the AppStore in the United States. 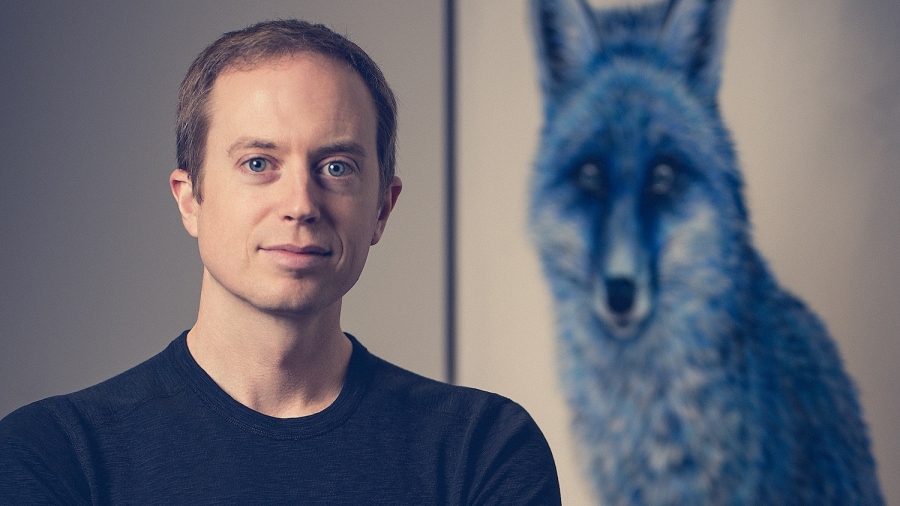 Erik Voorhees created the ShapeShift.io exchange, where a large variety of digital assets can be converted amongst each other via web and mobile platforms. He is a vocal proponent of Bitcoin and is a frequent keynote speaker at crypto events and conferences. Voorhees was also involved in the creation of the KryptoKit Bitcoin wallet, co-founder of Bitcoin company, Coinapult, and founder and Partial Owner of SatoshiDICE. 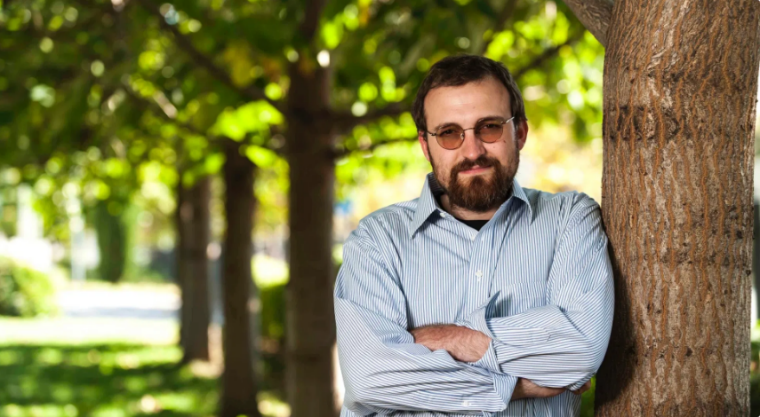 Hoskinson was another co-founder and initial investor of Ethereum, but he then moved on to create the IOHK project, a public smart contract blockchain platform for the Cardano crypto. The Ethereum Classic coin also is based on IOHK. 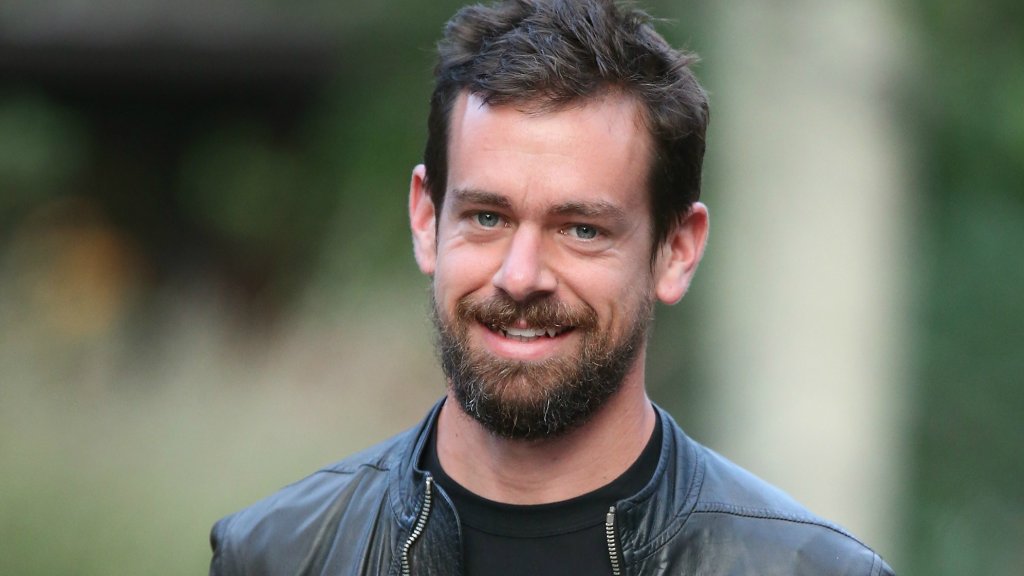 Jack Dorsey is a popular name in the crypto and tech space. He is the co-founder and CEO of Twitter, and he is also responsible for Square, a financial and mobile payment service. In recent years, Dorsey expanded the transfer capabilities of Square to also include Bitcoin purchases.

Dorsey has always been an ardent supporter of cryptocurrencies and their use, and in recent years, he has been actively working to implement such functionalities in his payment products.

This has been our list containing some of the most popular names in the crypto industry. The power of crypto influencers is huge on the masses, and we can only hope that they use their powers for good.