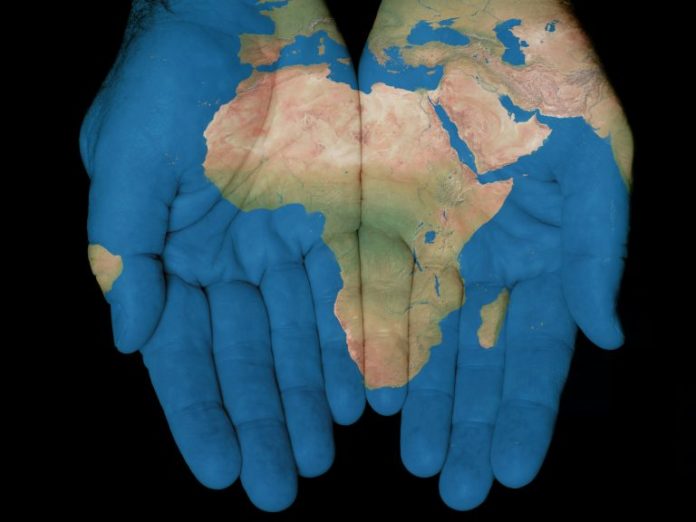 Africa continues to dominate Google Trends search interest for “bitcoin,” but that has not translated into widespread adoption of cryptocurrency by users and businesses. Apart from opaque regulation and a lack of awareness, one of the major reasons for this failure has been the expansive use of mobile money on the continent.

Also read: Report: 87% of Crypto Exchanges May Be Falsifying Volume

According to Google Trends, the biggest search interest for bitcoin in the world is by potential investors from Nigeria, South Africa and Kenya – the three biggest cryptocurrency markets in Africa. That dominance is, however, predominantly limited to trading activities on exchanges. On a few occasions, bitcoin may be used as a means of payment, mostly to overseas suppliers.

But despite that world-leading interest, Africa still lags behind the rest of the world in everyday BTC use and adoption. The cryptocurrency has found it difficult to break the stranglehold of convenience, simplicity and efficiency that, like a magnet, draws millions of Africans to mobile money. The continent of 1.2 billion people is home to over 50 percent of the world’s mobile money services.

For example, with a basic telephone handset, one can send or receive money via SMS anywhere within a particular country, without the need of an internet connection. By comparison, you will need a smartphone and a secure internet connection to complete a cryptocurrency transaction. While internet use has risen sharply in the past 20 years, users from Africa account for just 10 percent of the global total, making the case for crypto on the continent even more cryptic. Also, erratic power supplies in many countries continue to impede the internet access on which cryptocurrency largely depends.

Beating Mobile Money at Its Own Game

Vin Armani, founder and CTO of Cointext, an internet-free wallet service that allows users to send or receive bitcoin cash (BCH) via SMS – just like mobile money – believes his service could rival mobile money in the continent. In Africa, Cointext is currently available only in South Africa, and it’s unclear how many people are actually using the service there. “We are preparing to make a major announcement that will give us global coverage (in every country),” Armani told news.Bitcoin.com.

“We’re currently working on an integration that will make us available for smartphones throughout Africa. We’re also working on SMS solutions for a few other African countries,” another official from Cointext explained separately.

Elisha Owusu Akyaw, a 17-year-old Ghanian crypto investor and influencer, has made a fortune investing in bitcoin. He believes that “Cryptocurrencies should probably integrate with mobile banking platforms.” Akyaw might have a point. The mobile money sensation has grown very deeply in African economics to the extent, perhaps, of defining its people.

“The power of financial technology to expand access to and use of accounts is demonstrated most persuasively in Sub-Saharan Africa,” the World Bank’s Global Findex Database detailed in its financial inclusion survey, which found 21 percent of adults on the continent now have a mobile money account. This is “nearly twice the share in 2014 and easily the highest of any region in the world.”

If that is not enough, cryptocurrencies will likely have to fight tooth and nail to gain any reasonable market share in the mobile money-dominated payment systems in Africa, a region often touted as the next frontier for virtual currencies. In Zimbabwe, publicly listed Econet Wireless controls 95 percent of the mobile money market share through its Ecocash platform. The seven year-old service is so successful that almost every government department depends on it for electronic payments. With more than six million users in the Southern African country, Ecocash has processed over $23 billion worth of transactions since launch in September 2011. It boasts more than 32,000 agents (merchants) throughout Zimbabwe. This is the sort of entrenched competition that cryptocurrencies will have to contend with. There will be 725 million mobile phone subscribers in Africa by 2020, according to the GSM Association, who could either plug into crypto or mobile money.

Bernard Parah, a 26 year-old entrepreneur from Lagos, Nigeria, recognizes this challenge and opportunity. Two years ago, he founded Bitnob Quickserve, a platform that allows Africans to buy vouchers and reedem them for BTC without the need to complete KYC or AML procedures. Parah posits that one of the biggest hindrances to cryptocurrency adoption is the labyrinth of verifications required by exchanges at registration.

“We believe that [the service] will reduce the entry barrier for many people who want to try out bitcoins here in Africa,” Parah told news.Bitcoin.com. “Onboarding users needs to be made simpler. Many first time users give up at the point where they have to upload their personal identity details for verification.” Parah also pointed to ease of use and the fear of loss of funds without recovery as stumbling blocks. “A bitcoin address looks like a foreign language to new users,” he notes. “Many people are not ready to be their own banks, they would rather settle for convenience over security,” said Parah, who reckons there’s need for more awareness and education about crypto.

A litany of fake bitcoin schemes have not helped the cryptocurrency cause either. In Uganda, for example, thousands of people have fallen victim to a number of Ponzi schemes, including the D9 Club, which promised to pay members in BTC. The scheme, now collapsed, masqueraded as a sports trading company, promising members hefty weekly payouts in bitcoin on initial investment of between $250 and $2,000. “Scams give Africa [and crypto] a bad name,” decried Chimezie Chuta, an IT specialist and bitcoin enthusiast from Nigeria. Regulation has, as always, been a sticky issue where bitcoin is concerned.

What do think about cryptocurrency adoption in Africa? Let us know in the comments section below.

The post Why Africa Continues to Lag Behind in Cryptocurrency Adoption appeared first on Bitcoin News.

A new Bitcoin Lightning app presents an interesting take on the ‘paywall for written content’ concept where users crowdfund ‘scratching...