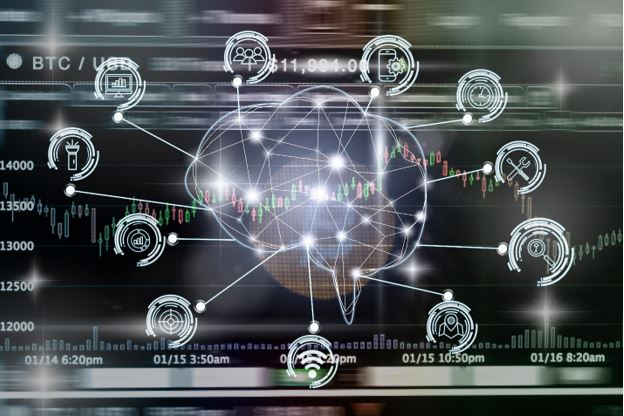 The Internet of Things is growing and becoming more prevalent every day. In a time of great technological change, it’s just one of many big new technologies that look set to change the world.

This growth looks set to manifest itself in all sorts of exciting ways. Smart cities, connected health, wearables, and smart homes are just a few of the possible ways the IoT could seriously impact and improve our lives.

A groundbreaking innovation of the last few years is of course, blockchain; well suited to securely handle complex IoT networks and the vast amounts of data that IoT devices churn out and depend on, this technology combined with the IoT could have a massive impact.

Why aren’t we hearing more about this partnership?

The simple answer is that there are currently quite a few obstacles standing in the way of the IoT and blockchain combination and with these technologies being so new, solutions are still in the process of being developed.

One solution is already entering the space, developed by a company called IOTW. They want to implement new mining processes to reduce energy and memory usage on IoT devices, making it much cheaper and easier to combine it with blockchain.

There are quite a few reasons as to why blockchain and the IoT have remained apart until now.

One of the major problems here is that a lot of the companies trying to combine blockchain with the IoT — such as IOTA — are adding hardware to IoT devices in order to support the new technology.

This comes with two major drawbacks

The first drawback is that additional hardware uses more of the device’s energy and also costs more. This drives up the price for the consumer and makes it difficult for them to afford devices that otherwise would have been cheaper and with longer battery lives.

If the IoT-blockchain partnership is dependent on expensive and environmentally damaging extra hardware, it’s far less likely to succeed on a commercial level.

Another problem with this is the extra memory space required on the device in order to run the processes. It reduces the amount of memory available to the user, and therefore the number of things they can do with the device. If blockchain on the IoT comes at the expense of user experience, it’ll likely fail to take off.

The problem with consensus mechanisms

Another major issue standing in the way of blockchain and IoT collaboration is that of consensus mechanisms. These are the algorithms that determine when a new block of data is added to the blockchain, and who gets to add it.

The current preferred consensus mechanisms are Proof of Work and Proof of Stake. Proof of Work is notoriously energy-demanding, and could consume up to 7.7 gigawatts by the end of 2018 according to some predictions. It’s costly for users and devastating for the environment.

Proof of Stake is less energy intensive, but still needs to store the transactional ledger. It also goes against blockchain’s democratic principles by giving those with more tokens (and therefore, money) more power over the blockchain.

These problems combine to discourage the joining of blockchain and the IoT, because they either push up costs and energy demands significantly or reduce fairness.

IOTW is a company which is trying to integrate blockchain with the IoT more effectively. Their focus is on making the technology more available and desirable to the average person, by removing the difficulties stopping blockchain and IoT integration.

One of the key steps towards that is their new Proof of Assignment consensus mechanism, which allows ordinary IoT devices to mine IOTW coins without using a significant amount of electricity.

PoA does this by using something called micro-mining. Instead of making miners compete for the right to mine a block, the network simply assigns that duty to members based on their past record and availability. There’s also no need for the miner to store the entire ledger on their device, which significantly reduces the amount of energy and memory required.

This way, with PoA, it’s possible to mine new blocks with almost no energy and memory requirement at all. It gets around the issue of excessive energy usage associated with Proof of Work, while preserving the fairness and democracy that Proof of Stake can sometimes overlook.

In addition to this, IOTW have developed their own optional DPS chips, which can simplify the power systems of appliances to make IoT devices even more efficient and easier to use alongside blockchain.

Bringing the two together

Combining blockchain with the IoT could have massive benefits for technology and society as a whole. Blockchain ensures security, transparency, and decentralization. It’ll be possible to manage complex and constantly growing IoT networks much more easily and safely.

Innovations like this are going to be more and more important as we seek to bring blockchain and the IoT together. They help make collaboration between the two technologies easier, cheaper, more accessible, and less energy intensive. It’s a crucial step towards a brighter and more connected future.