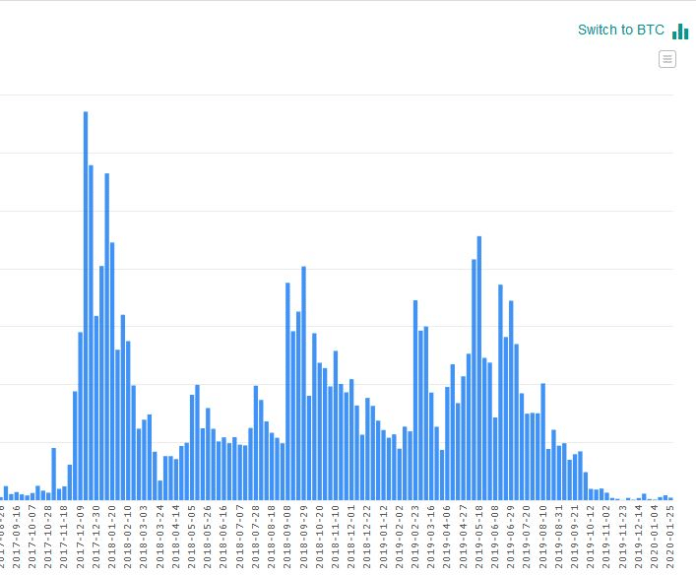 There is a conjectured assumption that Iranians are clamoring for bitcoin to stave off the effects of biting sanctions, but the situation on the ground is different. Bitcoin trades in Iran are at an all-time low. They seem to be avoiding trades in the cryptocurrency, while Venezuelans embrace it.

Banks and financial institutions in the country are banned from dealing in cryptocurrencies, and this is one of the main contributors to this situation.

Other issues compounding the problem include exorbitant bitcoin prices. BTC is trading at just over a billion Rials per coin on LocalBitcoins at press time. This is at least $24,000.

The staggering price-point alone is enough to discourage even the most ardent of crypto enthusiasts. Few citizens can afford to buy bitcoin at this rate because of rising inflation rates, unemployment, as well as socio-political unrest. According to a recent World Bank forecast, the Iranian economy’s already expected to contract by about 9 percent this year.

Factors affecting the current bitcoin price hike include the banking system’s isolation from major international money transfer networks. The exclusion from systems such as SWIFT means that the process of sending or receiving funds from abroad is exceptionally complex, hence the premium surcharge.

Bitcoin transactions in Iran are at an all-time low. (Image Credit: CoinDance)

The Iranian administration allows cryptocurrency mining and has already issued over 1,000 licenses to operators in the country. This is according to a recent communique published on Iran’s Banking and Economic System Reference Media (IBENA). It cites Amir Hossein Saeedi Nai, a member of the Information and Communications Technology (ICT) Guild Organization’s blockchain commission who confirms that the industry is growing rapidly and will be able to contribute over a billion dollars a year at full capacity.

He underscores the growing importance of the sector since the imposition of tougher sanctions by the American government. According to Nai, the country needs foreign exchange earnings now more than ever before. He highlights that the crypto mining industry is already showing immense revenue generation potential.

Iran has some of the lowest energy rates in the world at $ 0.008 per kilowatt-hour, and this has attracted major players from across the world.

A Different Scenario in Venezuela

Venezuela and Iran are both reeling from U.S sanctions, but their crypto ecosystems are notably different. While Iranian banks are barred from dealing in cryptocurrencies, financial institutions in Venezuela are allowed to transact in the Petro digital currency. President Nicholas Maduro’s administration unveiled the digital currency as the official national cryptocurrency in February 2018.

Crypto adoption in the South American nation is also impressively high. The country is among those with the highest number of crypto users. The trend has been spurred on by an extremely volatile national currency and a high inflation rate, which reached 500,000 percent in 2019.  The populace also has an aversion to the country’s banking system.

According to statistics illustrated on LocalBitcoins, Venezuela’s current bitcoin trading volumes are at an all-time high. They’ve increased by over 60 times in the past 12 months. On the other hand, BTC trades in Iran have slumped by approximately 90 percent within the same period. Venezuela has among the highest number of crypto wallet users. (Image Credit: CoinDance)

Venezuela is currently a leader in crypto adoption. Over 1,000 locations across the country accept bitcoin. Moreover, major multinationals in the country, including Burger King, now accept BTC.

The post Why Iranians are Avoiding Bitcoin, While Venezuelans Embrace It appeared first on CoinCentral.