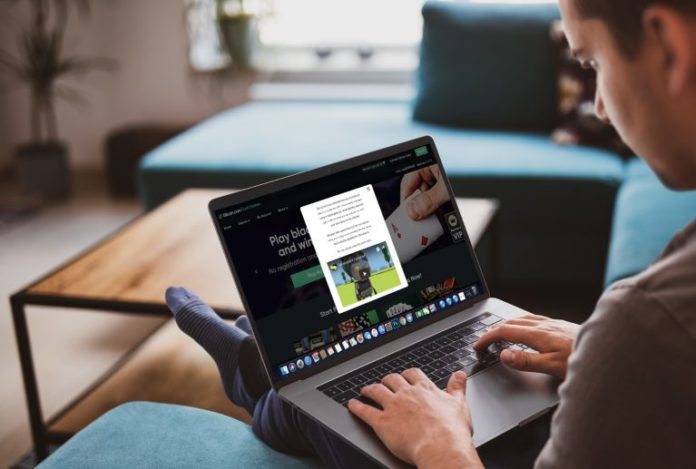 Since the dawn of Bitcoin, the cryptocurrency landscape has seen a lot of digital currency gaming websites where users can wager their coins in games like poker, dice, blackjack and slots. Because public blockchains are transparent, the protocols have made online gaming provably fair. However, throughout most states in the U.S., residents cannot participate in online gambling as politicians from the ‘Land of the Free’ stop them from making bets with their own money.

Government: Here to Tell You What You Can and Can’t Do With Your Own Money on the Internet

Online gaming with bitcoin has been around ever since the digital currency was launched. Back in the early days, players used well known gambling sites such as Satoshidice, Sealswithclubs, and Just-Dice.com. These websites have seen large amounts of players and millions of dollars worth of crypto bets using these platforms. In fact, six years ago today Erik Vorhees sold Satoshidice for 126,315 BTC, which at the time were worth $11.5 million. However, even though there’s a bunch of bitcoin online gaming sites today, most people in the U.S. cannot participate as online casinos block residents. So when a person is inside the country, usually the online gaming site’s server can tell that their IP address stems from within the U.S.

For instance, when a visitor from the U.S. visits Bitcoin.com’s Bitcoin Cash Games, they are greeted with a geo-blocking message explaining that they cannot play any of the games with real money. However, visitors from the U.S. can play with test tokens for fun on the BCH gaming casino.

“Our servers have detected that you are trying to play from inside the USA,” explains Cashgames.Bitcoin.com. “Unfortunately strangers living in Washington D.C. think that they have the right to tell you what you can and can’t do with your own money on the internet.” The message adds:

Because they would likely hurt us if we were to allow you to play on our provably fair site, we’ve had to disable deposits for USA players.

Thanks to All the Patriotic Acts GW Bush Pushed Through, Law Enforcement Can Criminalize Anyone Offering Online Gambling Services to US Citizens

It’s odd that the country that supposedly promotes freedom does not allow its citizens to do what they want with their money online. At the moment, there are four states that allow regulated online poker: Delaware, Nevada, New Jersey, Pennsylvania, and Native American reservations as well. The reason why people don’t play poker or gamble online in the U.S. is because of legislation called The Unlawful Internet Gambling Enforcement Act of 2006 (UIGEA). The act passed in congress and was signed into law by then President George W. Bush. The law is tricky and was tacked onto the year’s Port Security Bill and excluded fantasy sports websites that meet certain regulatory requirements. Essentially, the law does not prosecute individual Americans but rather aims its sights at foreign companies and offshore gambling operators. UIGEA gives U.S. law enforcement the power to criminalize anyone offering online gambling services to U.S. citizens. Many people think it’s foolish that U.S. residents cannot participate in online gambling because Americans love to wager. Plus there are legal regions throughout the country like Atlantic City and Las Vegas where people can go to gamble in person. But because they are so far and few between, millions of people don’t have the ability to get to a casino. So Americans often wonder why certain states allow online gambling, while the majority of them do not.

Online gambling could boost the U.S. economy if the UIGEA was repealed because currently the majority of online casinos operate overseas. The money would be funneled into the U.S. economy by millions of people who want to wager, while also creating jobs for people who specialize in customer service and software development. Even though the UIGEA was enacted in 2006, there have been many attempts to provide casino games to Americans. For example, in 2011 U.S. law enforcement agencies busted three extremely large online casino operations in Full Tilt Poker, Pokerstars and Absolute Poker. According to prosecutors, the websites violated the UIGEA and law enforcement said they fooled financial institutions into processing billions that stemmed from Americans gambling on the platforms.

Libertarians reject the reasons why the U.S. government has banned gambling and believe vices like drugs and wagers are not crimes. The reason why U.S. residents can’t gamble online in the country is because the government uses a monopoly of force and coercion that only allows citizens the right to play state-operated lotteries and regulated platforms. Because of this system, politicians have more opportunities to take funds when it comes to state lotteries and tax companies that are regulated. If they were to legalize online gambling, they would have less control over these types of funds and revenue would be siphoned from approved operators. In a world based on voluntary consent, a small group of elected officials wouldn’t be able to inflict their unfair rules on the rest of humanity. The philosophy of Voluntaryism asserts that all monopolies that use force as the means to gather certain ends is immoral.

In order to promote the idea of voluntaryism over the use of force, coercion and violence, Bitcoin.com’s Bitcoin Cash Games not only apologizes to U.S. residents for being unable to play, but provides a short video called “Government Explained.” The video has been viewed over 668,000 times and involves the story of an inquisitive alien that visits the planet to check on our progress as a species. The alien finds out that humans live under the rule of governments, which do a lot of things that we as citizens do not approve of like pollute the earth and cause endless wars. After a few initial questions, the alien wants to understand more about what government is, what it does, and why it exists.

“Let me get this straight — Because you’re worried about the small number of nasty people that are willing to kill, enslave and steal, you think it’s necessary for your survival to have a system where some humans among you, for a short while, get to call themselves the government, and they get to order everyone else around like slaves and, if they want, commit mass murder, using money they stole, using threats of violence?” the alien says. “Politicians get to kill, enslave and steal because if they didn’t, someone else might? And you try to elect good honest people to be politicians but what happens every time is that the people you elect turn out to be corrupt, evil, lying crooks — That’s your system?” The human describing the way governments work responds by admitting:

If you question why the U.S. government prohibits online gambling, then you should check out the video Government Explained, written and voiced by Man Against The State’s Graham Wright. The story is based on part of a talk by Larken Rose at the Free Your Mind Conference in 2011. Since its release, the video has been translated into German, Spanish, French, Polish, Slovak, Slovenian, Greek, Russian and Chinese. Vices are not crimes and people should be able to spend their funds the way they want, at any time they want without a body of politicians telling them they can’t. Cryptocurrency-powered online casinos will continue to grow popular over the next few decades and it’s a shame that citizens from the so-called Land of the Free cannot participate. All because of a small number of bureaucrats from Washington D.C who claim to be protecting people from gambling abuse and getting victimized. Ironically, representatives have no issues with state-operated lotteries they control because it creates a lot of revenue for the state.

If you want to learn more about voluntaryism check out these websites: Voluntaryist.com, Man Against The State, and the essays Vices are Not Crimes and No Treason by Lysander Spooner.

The post Why You Can’t Bet With Bitcoin at Online Casinos in the US appeared first on Bitcoin News.

Bitcoin (BTC-USD) and most of the other cryptocurrencies are under pressure this week, continuing the multi-day downward trend. The leading...