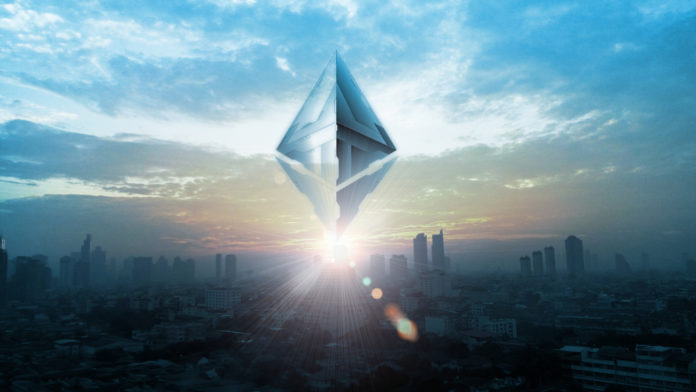 Ethereum is not lacking in critics and Ethereum has become more than once a victim of the well-known FUD. But the bottom line is that more developers are working on the Ethereum network than any other Blockchain project. And that has made it the worldwide platform for dApps and Smart Contracts.

The brightest minds in cryptocurrency joined more than 500 hackers from around the world over the weekend to work on Ethereum-based dApps. The ETHWaterloo event in Toronto is organized by ETH Global and has been taking place since 2017.

More than 65 projects were launched over the weekend, bringing the total number of completed hackathon projects to 1,000. And of course, some innovation awards were handed over. Incidentally, the most famous dApp ever to emerge from the hackathon was “CryptoKitties,” which overtaxed or overwhelmed the Ethereum network at the end of 2017.

A recent post by Camila Russo’s “The Defiant” provides a deeper insight into some of the developments that have been developed at this event on the Ethereum Network. Earlier collaborations focused on DeFi (Decentralized Finance), which is seeing tremendous growth this year. But at this event, attention was focused on smart wallets, messaging and gaming.

The event produced five winners. The first winning concept turns Google Sheets into an Ethereum Wallet. This concept, named “Sheetcoin” (not necessarily a favorable name), allows users to send ERC-20 tokens to a Gmail account. In essence, a Google Sheets sidechain was hanged on the ethereum network. This makes it easier for the end user to operate – and that’s exactly what it’s all about.

Another project Ethereum used to prevent ping calls, SIM swapping and the sale of personal data from telecommunications providers. Eth P2P VOIP uses a token-based system that allows users to allow or block calls. The caller then has to pay a fixed amount of money if he is not on the whitelist.

In addition, a DeFi Custody Wallet has been developed that can interact with any dApp via Metamask. If this wallet is developed further, it could help to simplify DeFi and speed up its adoption.

Another MetaMask-based dApp called Connexion allows users to send IMs with their ENS names (Ethereum-based domain names). Messages can be sent and received directly on the blockchain without the need for third-party apps that process a myriad of data, such as email. the Facebook Messenger, Microsoft Skype or Apple’s Facetime.