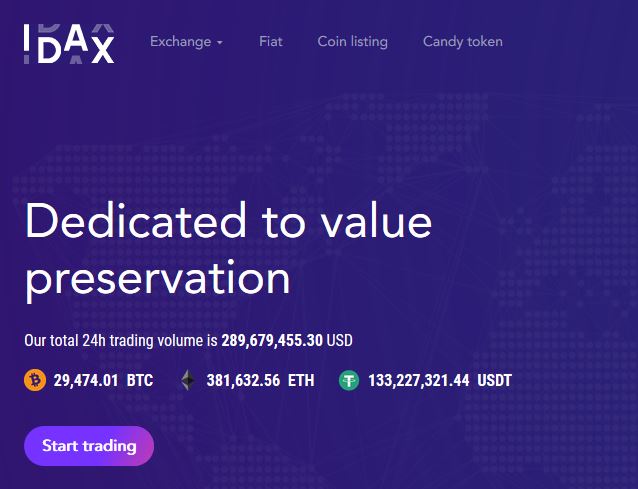 On January 9, IDAX, the world’s leading blockchain digital asset exchange, held a Vincent Seminar in Shanghai. With the theme of “Vincentism: the Beginning of a New Era in BlockChain Technology”, the conference attracted nearly 100 participants from industry experts, financial experts, authoritative media and projects from all over the world.

Mongolia – Jan 17th 2019, Vincent, the world’s first virtual opinion leader in the blockchain industry created by IDAX( https://www.idax.pro ), made an appearance at the meeting. Vincent’s image is composed of dynamic particles. Its shape is changeable. It represents the flexibility, complexity and high value of the blockchain industry. According to IDAX executives, Vincent has a global industry perspective, supported by IDAX ( https://www.idax.pro ) innovation research, to voice the development trend of block chain technology and digital asset management.

But was this event all about Vincent? of course not. Blockchain technology have become the mainstream concern and daily language of the public. During the seminar the audience could also share some opinion about some of the project parties. Such as HDAC, also known as Hyundai DAC, a blockchain based smart transaction method on the Hdac platform, is designed to perform a given task under the various commanding conditions in the IoT environment. HdacT provides these M2M transaction functions and a simple transaction service environment, and with the rationality and efficiency that the Hdac platform pursues, it will be the platform of choice for use and control with IoT devices.

In addition, Nicolas Jaquet, the director of HDAC, on January 9th also represented HDAC new wallet for user security and transaction convenience in service of the aforementioned communication and transactions between IoT devices. As we all know, the project side is a very important link in the whole blockchain and digital asset value chain, and they play an important role in the process of promoting the development of the industry.

Another project introduced to the public that day – CurrentCoin, which was represented by Julian Martinez, Chief Software Architect that day, shared his opinion about blockchain industry in general and shared CUR’s plans for future.

Through CurrentCoin (CUR), users from across the world will be able to buy from marketplaces, deploy software, and create customized software solutions. The CUR contributors come from all over the world, with their home base in San Francisco, California.

As an insight, the CUR currency soon will be listed on IDAX( https://www.idax.pro )  platform. This way more of IDAX users will delight all the benefits of using CUR.

Blockchain applications are still being explored, but it has become industry consensus that digital money will constitute asset allocation, accompanied by increased security risks and malicious violations, so real-time intelligent risk control system has just become the industry needs.

On the scene of this exchange, IDAX( https://www.idax.pro )  announced the completion of the strategic upgrade of their security system, a new online “prophet” control system. The Prophet is a real-time risk control product based on big data and cloud computing technology, which combines business rules and black-and-white list for policy control through risk control model. It not only realizes 9 security guarantees per transaction, but also reduces the risk of fraud in over-the-counter transactions by means of rigorous KYC mechanism. In addition, after the certification of the Digital Assets Security Research Laboratories in many countries, the security and privacy protection of digital assets and personal information will be upgraded to the “banking level”. IDAX has the world’s top development team, product and technology iteration speed, greatly exceeding the industry level.

Another highlight of this seminar is the global launching of IDAX platform currency. IDAX token short for “IT”. IT is initiated by IDAX. GBC Group and Genghis Khan Bank of Mongolia jointly issues and supervises decentralized blockchain assets. It is a trust letter based on the ERC20 public chain. IT is the token issued by IDAX platform to realize the efficient interactive circulation of value in the platform. IT is used as the value certificate to transfer in the platform ecology and promote the active collaboration between the platform community and users. IDAX’s (https://www.idax.pro)  core team will strive to construct an exchange ecosystem with IT token as the core, pursue the distributed autonomy of the platform, and gradually improve the self-circulation system. Ultimately, it will become an ecological system in which all people participate and all people benefit.