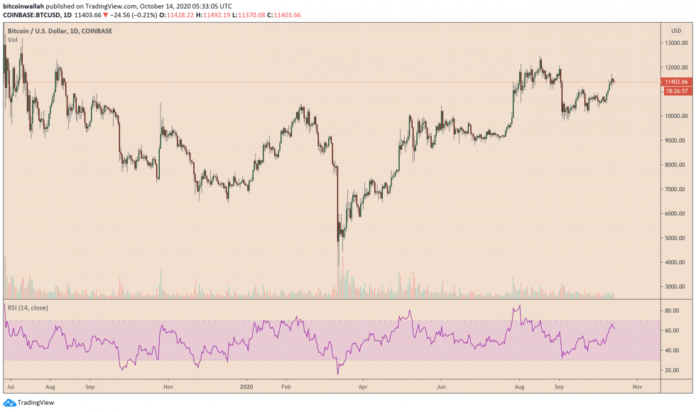 JPMorgan is not a Bitcoin indicator. But the American banking giant’s third-quarter earnings report is full of anecdotes that may influence the cryptocurrency’s future outlook – in one way or another.

The JPMorgan earnings showed an increase in profits by about 4 percent from a year ago. The WSJ reported the outcome as “surprise,” stating that the bank’s return to pre-pandemic levels baffled earlier Wall Street estimations. JPMorgan somewhat represents the health of the US economy, which remains in recession thanks to coronavirus.

However, it was not the consumer business that upped JPMorgan’s profits. The bank made its money from its corporate and investment wing. The gains surged by about 25 percent as companies rushed to secure cash, refinance debt, and dump stocks to offset the recession.

JPMorgan marked down the amount of money it had reserved to cover bad loans–from $10.47 billion in the second quarter to $611 million in the third. It showed that the bank believes it can handle a wave of soured lendings should it come. Meanwhile, it is also a vital signal of a sharp economic recovery.

For Bitcoin, it is good news. JPMorgan is telling the whole world that the worst for the US economy is behind. That should mean a continued upside run across the riskier assets as investors hunt for better yields away from cash and bond markets. Bitcoin has fared better under such fundamentals so far in 2020.

JPMorgan CEO Jamie Dimon noted that the US government is the most significant catalyst behind US economic recovery. In March, after the coronavirus-led lockdown, Congress passed a $2 trillion stimulus package that benefited the American households and pandemic-hit businesses and sectors.

While most of that money now stands spent, the policymakers are discussing the second round of stimulus. Mr. Dimon believes that a “good, well-designed stimulus package will simply increase the chance” of getting “better outcomes.” He added that “there is so much uncertainty” around the deal that they cannot predict a “definite” outcome.

Bitcoin’s bullish bias is also at an impasse with the delay in the second stimulus deal.

Bitcoin has failed to close above $12,000 on stimulus uncertainty. Source: BTCUSD on TradingView.com

As earlier reported, the cryptocurrency surged by more than 200 percent on fears of a rising fiscal deficit and devalued US dollar caused by the relief. That prompted companies like Square and MicroStrategy and billionaire hedge fund manager Paul Tudor Jones to offload a portion of their cash reserves to purchase Bitcoin.

JPMorgan’s relaxed stance showed that–deep inside–it expects a stimulus deal to protect it from loan defaults. It is the question of when.

Mr. Dimon did leave a word of caution behind. He claimed that JPMorgan has near $34 billion to secure itself from loan losses. But if the recovery stalls–under the repercussions of a delayed stimulus or a renewed resurgence in coronavirus infections–then the bank would need another $20 billion in cash reserves.

That should also pause or reverse the ongoing Bitcoin rally. When stocks come under pressure, investors attempt to dump their crypto holdings to generate cash, as they did in March 2020.

Things To Know Before Using A Bitcoin

Bitcoin Wallet, a billionaire's wallet where every minute is influential. The bitcoin wallet is used to store bitcoins. Bitcoin is...