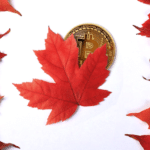 Canadian crypto exchange Einstein Exchange has ceased its operations this week, leaving a debt of $16 million, which comprises of $11 million in cryptocurrencies and about $5 million in cash taken from their clients.

Prior to its closure, “numerous complaints” sent by the exchange’s customers to the British Columbia Securities Commission (BCSC)stated that they were not to access their cryptos that were held on the platform.

A lawyer representing Einstein Exchange revealed on October 31 to the BCSC that they intended to close their operation within 30 to 60 days as they reportedly did not make any profits to sustain their business. On November 1, a petition was submitted to the BC Supreme Court, which granted BCSC the power to appoint an “interim receiver” to manage the assets of Einstein Exchange.

According to the submitted petition, BCSC declared that they were unable to reach the exchange’s founder Michael Ongun Gokturk. BCSC executive director Peter Brady has stated that BCSC has also contacted the RCMP regarding potential money laundering, as they received information from a former employee of the exchange.

“We received a number of complaints from customers of the exchange being unable to access their assets. We had sent some requests for information to the exchange twice and we didn’t get an answer,” stated Brady in a CBC News interview.

“We were then talking to the company’s counsel and learned that the exchange intended to shut down within 30 to 60 days due to a lack of profit and subsequently that legal counsel stepped down, so that raised concerns for us.”

“The BCSC has not authorized any crypto-asset trading platforms to operate as an exchange. The BCSC, along with other Canadian securities regulators, continues to urge Canadians to exercise caution when buying or selling any crypto-assets due to various risks, including the loss of some or all of their investment.”- stated the document.

The interim receiver that was appointed was accounting firm Grant Thornton, which will now undertake the task of overseeing the funds and assets of Einstein Exchange. Their investigations found that their entire Vancouver office was locked, none of the exchange’s phone numbers were working, and their official website was also down.

According to the BCSC, exchange’s lawyers have refused to disclose where the firm’s assets are held, and one investigator stated in an affidavit that he believes the users’ funds were “improperly used” by the exchange.

Scott Nelson, a former Einstein Exchange customer, recently sued the exchange platform, claiming he deposited approximately $480,000 USD worth of bitcoin on the platform and when he tried to withdraw the sum the company cited technical issues.

The exchange started getting a bad rep since back in 2018, as Gokturk reported that they received a “storm of online criticism” at the platform’s debut, with clients reporting slow response times and being worried that they might lose their funds

According to a notice issued on weibo.com, and later confirmed as authentic by business publication Caixin, authorities in Shanghai appear...