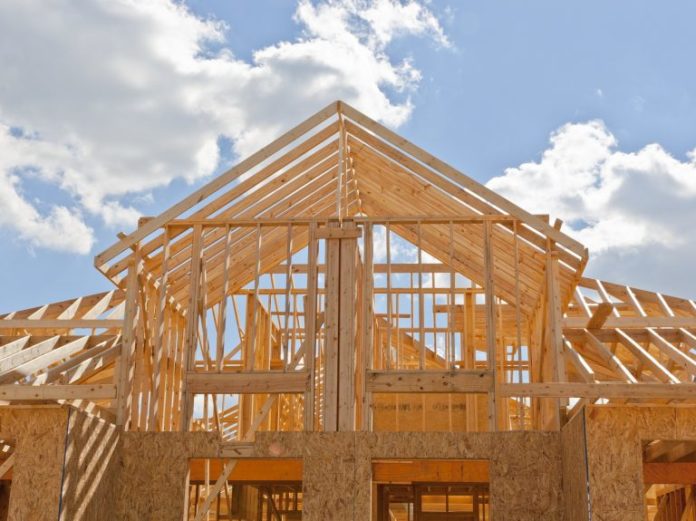 The Federal Housing Administration, a division of the U.S. Department of Housing and Urban Development, has recently adopted new guidelines widening the scope of condo purchases eligible for lower down payment loans insured by the government. While that could lead to more members of certain social groups buying a first home, critics fear a new subprime mortgage crisis could be in the making, given the current state of the residential property market.

Another Trump Card Pulled Out

Upcoming elections have a strong influence over politicians which makes ‘end justifies the means’ decisions irresistible. President Trump’s second term is at stake in 2020 and that has already led to increased pressure from the White House on the Fed to further lower interest rates. With almost no inflation, the United States is “needlessly being forced to pay a MUCH higher interest rate than other countries only because of a very misguided Federal Reserve,” the president tweeted last month.

The Fed did cut the benchmark interest rate recently by a quarter percentage point to 2.25%, despite its insistence on being independent from the executive power in Washington. That was the first downward revision in more than a decade. Those who think the dollar is overpriced in a looming trade war hurting American exports and that the U.S. government is paying a high price for its debt have welcomed the rate cut. Others are not so sure about the long-term consequences. Another pre-election trump card that could garner more votes for the president and improve his image in certain communities came from the latest decision by the Federal Housing Administration (FHA) to make it easier for first-time homebuyers to receive a loan for a new home. On Wednesday, the agency announced its updated rules for the types of mortgages it will insure. The new guidelines expand the scope of condo purchases eligible for lower down payments than banks would normally accept.

Until now, only around 6.5% of the 150,000 condominium developments in the U.S. were eligible for FHA-backed mortgages, but under the new rules the administration will start backing loans for individual units and will be more flexible to adapt to the changing market. According to FHA Commissioner Brian Montgomery, quoted by the Los Angeles Times, the changes will indeed make it easier for first-time buyers, retirees and minorities to become homeowners.

The loans are issued by an FHA-approved lender and insured by the administration. They are targeted at low and moderate income citizens, require lower minimum down payments and are available even for those with credit scores as low as 500. With FHA-backed mortgages, applicants that qualify for the program can borrow up to 96.5% of the value of the property they want to purchase. That means that the down payment can be as low as 3.5%, unlike conventional loans where it’s typically 20% or more. The down payment can not only come from personal savings but also as a gift from a family member or as a financial grant. However, these easier to get loans come with some additional charges. Borrowers have to pay an upfront mortgage insurance premium, 1.75% of the base loan amount, and an annual mortgage insurance premium, which varies between 0.45% and 1.05% depending on the amount and the length of the mortgage as well as the loan-to-value ratio. The funds from the premium payments are deposited into an escrow account controlled by the Treasury and used to cover mortgage payments in case a borrower defaults on their loan.

Due to stricter regulations introduced after the 2008 financial crisis, which was sparked by a crash in the U.S. subprime mortgage market, FHA mortgages decreased significantly in the past decade, from almost 73,000 in 2010 to a little over 16,000 in 2018, as reported by the Associated Press. With the recently introduced rules, the number of FHA-insured loans for condos is expected to increase to 60,000 annually. According to an analysis conducted by the U.S. Department of Housing and Urban Development last year, the wider availability of mortgages could also increase construction by 7,000 units.

Unclear Consequences for the Market

The end results of the FHA’s new policy are far from certain. It remains unclear how the new rules are going to affect home ownership rates in the United States, where real estate prices have increased faster than incomes in the past few years. The number of new homes for sale is also lower than the average in previous periods. Supply remains limited, with developers focusing their efforts on the luxury housing segment.

At first glance, the measure is going to benefit not only first-time homebuyers in general, but also retirees looking for a smaller home, seniors seeking a reverse mortgage and members of some minorities. The program has historically helped African American and Hispanic buyers to make their first condo purchase. But the Trump administration has also admitted to denying government-backed loans to certain groups. For example, young undocumented immigrants who were brought to the U.S. as children are not eligible for FHA loans. The revelation came out in June after earlier this year the Secretary of Housing and Urban Development Ben Carson denied that people with Deferred Action for Childhood Arrivals status are being turned down.

The government in Washington is also reducing the share of home equity mortgage borrowers can access and withdraw through cash-out refinancing. The FHA plans to limit the loan amounts to a maximum of 80% of the value of the property from 85% previously. This type of refinance has spread in recent years, reaching over 60% of the FHA’s refinance activity last year. Their popularity has grown along with rising home values and mortgage rates.

More Americans have started using the cash-out loans to finance home improvements and that includes retirees who have opted to keep their home instead of moving to a smaller one. But the trend has also alarmed the Federal Housing Administration whose representatives fear it is increasing the risks for their mortgage program. Foreclosure starts on FHA loans hit a two-year high in January, Marketwatch reported. And in the first half of the year, scheduled foreclosure auctions increased by 3%.

The FHA’s new guidelines, which loosen the post-crisis regulations and widen the scope of condominium purchases eligible for low down payment loans, have the potential to revive the entry-level condo market. But their adoption could also expose the U.S. government to more loan defaults if developers fail to respond with increased supply, if the housing market slows down further and if prices fall. In a negative scenario like that, conditions will be in place for a new subprime mortgage crisis.

This is what actually triggered the 2008 financial meltdown. The crisis in the U.S. subprime mortgage market began the year prior. Home prices declined significantly and the housing bubble, inflated by banks competing to hand out as many mortgages as they could, burst. That eventually led to a massive banking crisis the following year with the collapse of major financial institutions like the investment giant Lehman Brothers. A little over a decade after the global financial crisis, the signs of a new pending crash are mounting. There have been several bank failures in different parts of the world, including the U.S., and big financial institutions have started laying off bankers. Trade wars with China and Europe are looming and the pressure from governments for further interest rate cuts has increased, indicating their fears of an upcoming recession.

On this backdrop, decentralized cryptocurrencies are once again becoming an attractive investment opportunity for people who are new to the digital asset space. If you are looking for an easy and secure way to acquire bitcoin cash (BCH) and other major cryptocurrencies, you can do so at Buy.Bitcoin.com. And thanks to a new partnership with Cred, you can also save digital coins and earn interest on your crypto holdings.

Do you think more FHA-backed loans could trigger a new subprime mortgage crisis? Let us know in the comments section below.

The post As US Expands Subprime Mortgage Program, Is a New Crisis Looming? appeared first on Bitcoin News.

Cryptocurrency derivatives exchange BitMEX has discontinued offering services to the users of three countries. Fun fact: it has offices in...