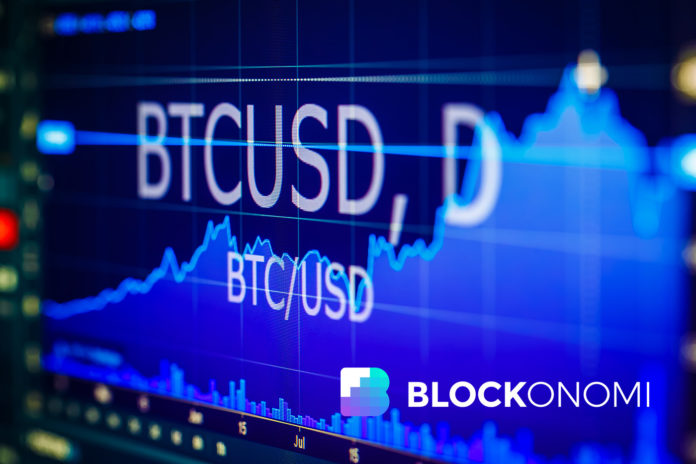 From there the evaluation started increasing again impulsively and is currently sitting at around $134,214,000,000 level which you can see on the global chart below is the horizontal resistance level which served as support when the price was in the upper range.

The evaluation has been stopped out at those levels but as it is forming an ascending structure the buyers are looking more aggressive which means that another increase is set to happen from here, but potentially before a retracement which we are going to see from the charts of the major cryptocurrencies. 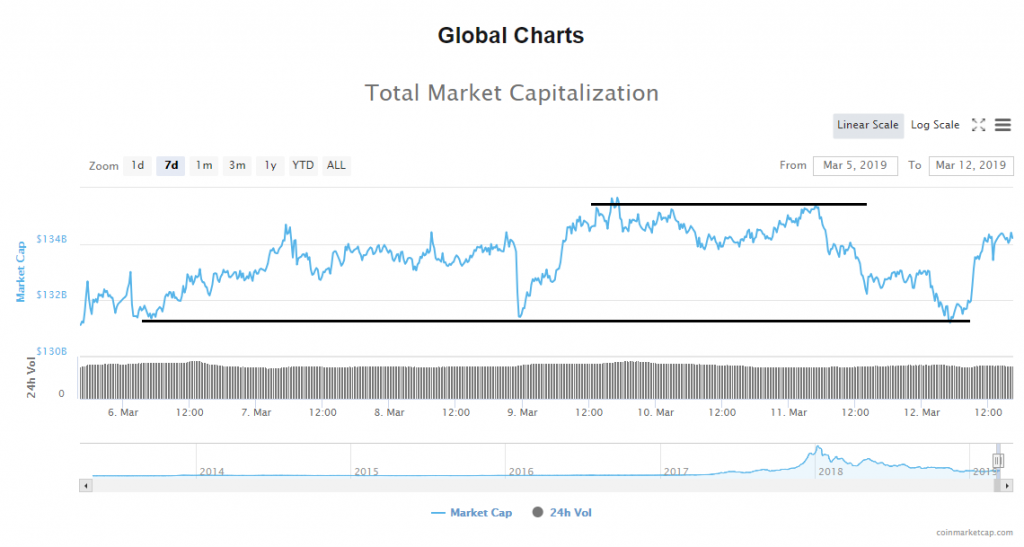 The market is in green today mostly with an insignificant percentage of change as the evaluation fell and got back to around the same levels as yesterday. The biggest gainers are in double digits and even some in triple digits like Crypto.com Chain which increased by 138.52% today.

Bitcoin’s market dominance has been decreasing and is currently sitting at 51.3% coming down by 0.5% from yesterday’s high.

From yesterday’s high at $4010 the price of Bitcoin fell by 2.85% to its lowest point today at $3896 but since the price spiked down a corrective increase has started. The price is currently in an upward trajectory and is currently sitting at $3953.1.

On the hourly chart, you can see that the price of Bitcoin was above $3994.4 resistance yesterday and since the price entered the sellers territory, they have pushed the price in another minor downtrend that lasted until today when the price came down to the first horizontal support level from the previous sideways horizontal range in which the price was correcting.

Now that the price has started increasing again after the interaction with the support level and is currently above the 0.618 Fibonacci level and the minor horizontal support which is currently being retested from the upside for support, we are going to see another increase which would be the 5th wave out of the five-wave move that we’ve seen started today. This five-wave move is a continuation of the ABC correction and is the C wave according to my count.

This means that after it ends and is likely to end soon potentially as an interaction with the resistance at $3994.4 we are going to see another move to the downside as the third consecutive ABC correction would develop. This expected third correction would be another three-wave move which will mark the end of the Minute X wave from the WXY correction which started after the price of Bitcoin initially fell by over 10% on Monday, February 25th.

The expected decrease would most likely end on the lower horizontal support level at $3887 or on the third in line at $3869.2. We could see the lower bold black line being interacted with as it is the support line from the ascending triangle in which the price action has been bouncing from the start of the Intermediate WXY correction on December 15th.

But after this minor downtrend, the Minute Y wave should start developing to the upside as the continuation of the WXY correction is expected. The projected target from the ending point of the second Minute Y wave would be around $4130-4200 where the most significant resistance zone is and is the intersection between the 0.786 Fibonacci level and the falling wedge from a higher degree resistance line.

After this increase ends another impulsive move to the downside should start if we have seen the completion of the Intermediate WXY correction as in that case the expected increase could be the second corrective wave out of the five-wave impulse, or we could see a prolongation of the mentioned correction in which case the whole structure from 25th of February could be viewed as the second wave X so we are going to see from the momentum of the move which scenario would look more likely but in either way I would be expecting a strong move to the downside.

Bitcoin is in the sell zone, as indicated by the hourly chart technical indicators.

In the last 24 hours, the evaluation of the cryptocurrency market has fallen and risen to almost the same levels from which the fall was made in the first place.

If we see the price action create such movement this would mean that the correction to the upside developed which is why more downside should be expected afterward but more on that when and if the price action completed the projected scenario.

The post Bitcoin Price Prediction: Increase to $4200 Still on The Cards appeared first on Blockonomi.

Up & Down: Large Volume for Today’s Gainers, ENJ and COSM Among Losers

In today’s market action, several of the day’s top 20 gainers have seen eight-figure trade volume over the last 24...