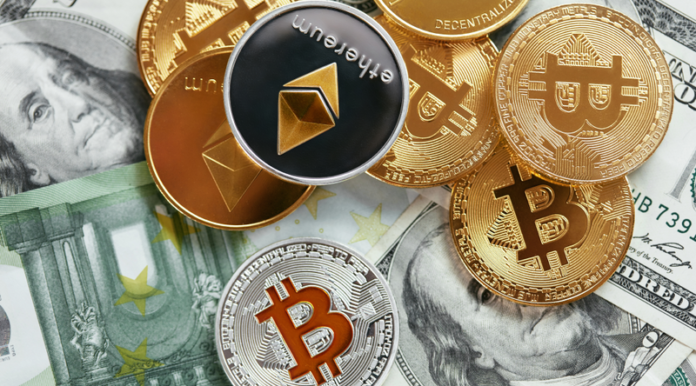 Stablecoins have garnered serious investor attention over the past few weeks. Unlike bitcoin and similar cryptocurrencies, they are digital assets built to lessen price volatility and are often paired against the U.S. dollar or established commodities like gold. Volatility is one of the main reasons why several institutional investors and individuals have thought twice about stepping into the cryptocurrency arena, and stablecoins seek to make things a little less frightening.

has released a report examining the growth of the stablecoin trend, the differences between the growing number of stablecoins in circulation, and whether they truly work to lower volatility in the market.

In total, 57 stablecoins were examined, including Tether, TrueUSD, Dai and Digix Gold Token. About 26 of these stablecoins — roughly 45 percent — are live, while the remainder are in pre-launch phases. The number of active stablecoin projects has increased heavily over the past 12 to 18 months, and more than a dozen separate ventures have issued plans to launch new stablecoins by the end of the year.

The report states that most stablecoins can be separated into two categories: asset-backed and algorithmic (coins that have implemented a central banking platform to keep prices sturdy). Roughly 77 percent of those observed are asset-backed, with USD being the primary asset of choice amongst 66 percent of them. Most of the tokens — roughly 54 percent — utilize on-chain collateral.

More than 50 percent of the stablecoins offer “dividends” or have incentive mechanisms built into their designs; these already make up a healthy portion of the digital asset arena. Tether, for example, is now the second most traded digital asset after bitcoin and lists among the top ten cryptocurrencies by market value. It also accounts for nearly 98 percent of stablecoin trading. Many of these currencies are also listed on approximately 50 different digital exchanges, with Tether on a whopping 46.

The total market value for all current stablecoins is $3 billion, or roughly 1.5 percent of the total cryptocurrency market. Approximately $350 million in venture funds have been put toward the creation of stablecoins, and most are legally domiciled in the U.S. and Switzerland. A large portion of stablecoin teams prefer to set up house in the U.S., while regions in Europe such as the U.K. also remain popular.

Ethereum has proven to be the most widely used hosting platform for stablecoin projects, with approximately 60 percent of them building exclusively on top of the Ethereum blockchain. For the rest, top blockchain choices include Bitcoin, NEO and Stellar. Roughly 69 percent of stablecoin teams have made their code open-source for audit inspection, and some of the biggest investors in stablecoins include Pantera Capital, Coinbase, Circle and the Digital Currency Group.

The report introduces several use cases for stablecoins including “smart travel insurance.” Roughly 600,000 passengers each year do not file eligible insurance claims for canceled or delayed flights. What they don’t seem to know is that these flights become public record and can be queried by smart flight insurance software. If a plane fails to take off for any reason, the smart contract under the insurance will pay the claimant immediately and ease the claims process, while the insurance premium can be escrowed on-chain to remove counterparty risk.

Where stablecoins are failing is in their adoption rates. While enthusiasm does surround these currencies, the technology behind them is still very new and requires further experimentation before a perfect design can come about. Regulation surrounding stablecoins also remains uncertain, with one of the biggest issues being whether stablecoins comply with national securities and money service laws.

Furthermore, many stablecoins are thought to pose greater threats to fiat than standard cryptocurrencies and run the risk of sparking competitive backlash from traditional finance officials. Barry Eichengreen, professor of economics at the University of California, Berkeley, argues that stablecoins backed by USD, for example, introduce several additional expenses in that for every dollar’s worth of cryptocurrency issued, one dollar of investment capital is taken from national reserves. Thus, users are trading fully liquid dollars supported by the U.S. government for cryptocurrencies that are not fully established, possess “questionable” backing and are difficult to use.

He also claims that this kind of stablecoin trading model will only be attractive to money launderers and tax evaders, and he doesn’t expect the model to scale.

The report also says that certain stablecoins will weigh more heavily on the prices of entities like bitcoin and ether, which may lead to more aggressive competition in the crypto market.

However, the report does state that stablecoins are likely to see further adoption in the future and lead to generally stronger adoption rates amongst cryptocurrencies. The authors describe stablecoins as “a form of infrastructure or foundational layer for crypto assets that will generate immense value for the digital assets ecosystem.” They believe stablecoins will successfully address concerns surrounding volatility, though they assert this will be a long-term process.

US Federal Judge Rules My Big Coin a Commodity, CFTC Can Pursue Charges

A U.S. federal judge has ruled that My Big Coin is a virtual currency meeting the definition of a commodity,...