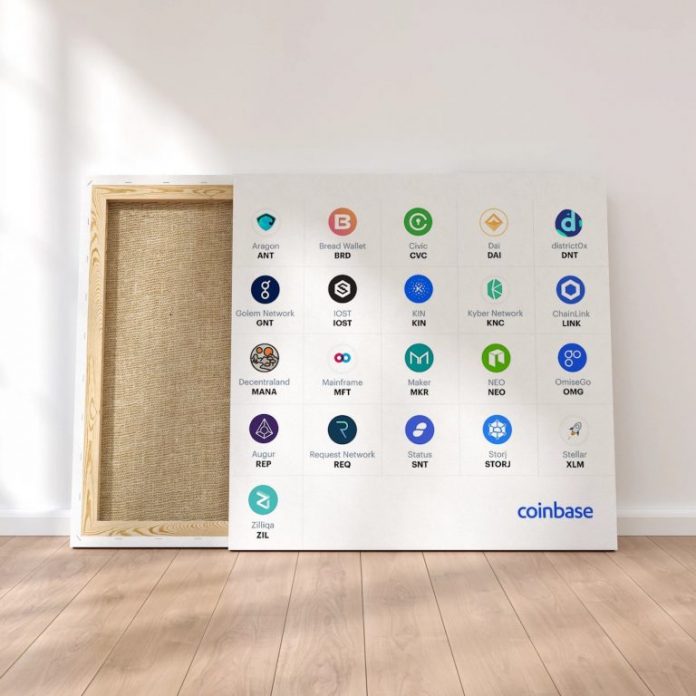 Coinbase has announced that it plans to list over 30 cryptocurrencies, with many more to follow. In its largest listing spree to date, the California-based exchange will add dozens of cryptocurrencies in the coming months, including dai, mana and neo. Moving forward, Coinbase ultimately plans to add over 90 percent of “all compliant digital assets.”

Coinbase Embarks on a Listing Blitz

On Dec. 7, Coinbase shared an ambitious plan to list scores of digital assets. The seven cryptocurrencies it currently supports, BCH, BTC, ETH, LTC, ETC, ZRX, and BAT, will soon be complemented by over 30 more. A company blog post explained: “Coinbase’s goal is to offer support for all assets that meet our standards and are fully compliant with local law. Over time, we intend to offer our customers access to greater than 90% of all compliant digital assets by market cap.”

While focused on ERC20 tokens, the listing blitz will also include assets operating on other networks such as NEO and XRP. Ripple’s native cryptocurrency had long been a source of speculation, with both the company and its token-holders eager for XRP to be added to the dominant U.S. exchange. While their wish will now come true, ripple will have to share the limelight with many other tokens scheduled to be added around the same time.

Coinbase to Compete With Token-Rich Exchanges Such as Binance One of the main drivers behind Coinbase’s aggressive listing policy will be the desire to claim a slice of the trading volume being absorbed by token-rich exchanges such as Binance, which operates 393 markets. Okex has 415 and Huobi 290 trading pairs. Coinbase made record profits last year, but its financials for 2018 will show a major drop in revenue as market conditions have reduced the appetite among retail investors for cryptocurrencies such as BTC, ETH, and BCH. “Some of these assets may become available everywhere, while others may only be supported in specific jurisdictions,” concluded the blog post. Coinbase Pro has since announced that it will begin accepting deposits for civic, district0x, loom, and mana ahead of trading commencing.

What are your thoughts on the 30 cryptocurrencies Coinbase intends to list? Let us know in the comments section below.

Images courtesy of Shutterstock and Coinbase.

The post Coinbase Opens the Door to More Than 30 New Cryptocurrencies appeared first on Bitcoin News.