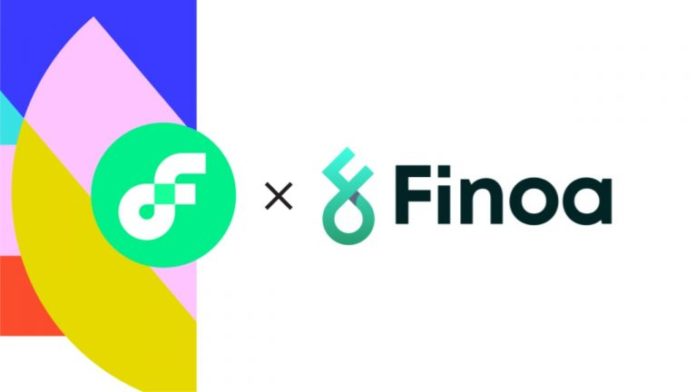 Berlin, October 20, 2020: Finoa, one of the leading digital asset custody and financial servicing platforms in Europe, and Dapper Labs, the company known for creating CryptoKitties and NBA Top Shot, announces that Finoa has been exclusively selected as one of top custody providers for FLOW and the main one that offers institutional-grade custody. The FLOW token (“FLOW” or “𝔽”) is the native currency for the Flow network and the fuel for a new, inclusive, and borderless digital economy.

In addition to institutional-grade custody, investors will also be able to stake and delegate their allocations directly from Finoa’s secure infrastructure, providing a unique opportunity for token holders to contribute to the network in a seamless, safe and secure way.

Flow is geared towards becoming the blockchain foundation for the next generation of games, app, and digital asset developers to bridge the gap between billions of people, delivering rich digital experiences powered by blockchain. The protocol is designed to scale using a multi-role architecture rather than sharding, resulting in increased speed and throughput while remaining developer-friendly.

“We are extremely excited about the opportunity to work with the Dapper Labs team and support the aspiration of bringing the next generation of blockchain-enabled entertainment to mainstream with the FLOW protocol. An impressive track record, great partners, and unique blockchain characteristics make for a very bright future ahead, and we are very happy to be part of the journey as the preferred custodian.” – Finoa Co-Founder & Co-CEO Henrik Gebbing.

“With a very ambitious timeline, Finoa has proven itself as a reliable, flexible and trustworthy partner. We are delighted that professional investors in FLOW will have the opportunity to deposit their allocations into institutional-grade custody from day one.” – Flow Head of Partnerships Mickey Maher

About Dapper Labs
Dapper Labs is the company behind CryptoKitties and initial creator of the Flow blockchain as well as upcoming titles like NBA Top Shot. Founded in 2018, Dapper Labs uses blockchain technology to bring new forms of digital engagement to fans around the world. Blockchain-enabled applications can bring fans closer with the brands they love, give people a real stake in the communities they contribute to, and create new ways for consumers to become creators themselves. Publicly-announced Dapper Labs partners include the NBA and NBPA, Warner Music Group, Ubisoft, and UFC. Notable investors in Dapper Labs include Andreessen Horowitz, Union Square Ventures, Venrock, Google Ventures, Samsung, and the founders of Dreamworks, Reddit, Coinbase, Zynga, and AngelList, among others.

About Finoa
Your Key to Digital Asset Banking – Finoa is a regulated custodian for Digital Assets, servicing professional investors with Custody and Staking. The platform enables its users to securely store and manage their crypto-assets, while providing a directly accessible, highly intuitive and unique user-experience, enabling seamless access to the ecosystem of Decentralized Finance (DeFi). Reference customers include the world’s most renowned Venture Capital firms, large corporations and financial institutions. Finoa was founded in Berlin in 2018, has received a preliminary crypto custody license (§64y Para. 1 KWG) and supervised by the German Federal Financial Supervisory Authority (BaFin).