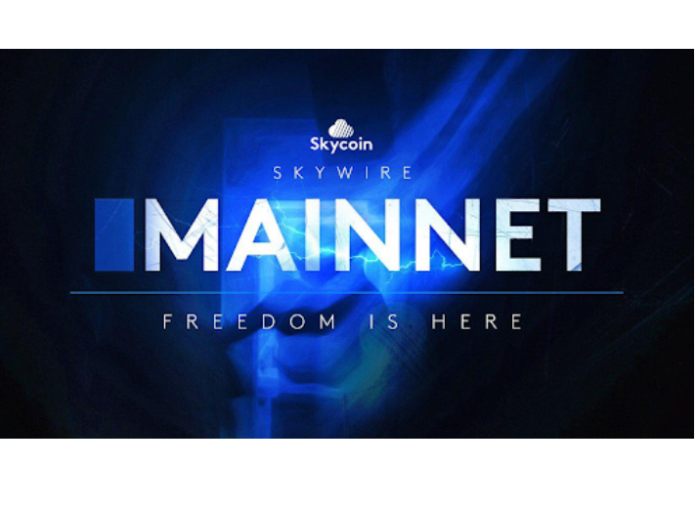 Bitcoin Press Release: Skycoin has unveiled the developer version of their Skywire application. Developers will now be able to download, install, build, and run the Skywire mainnet utilizing a command line interface. Full developer documentation will be released over the next few weeks.

March 12th, 2018, Shanghai – Work on Skycoin began in 2011 with the merging of three separate projects that aimed to improve upon the design and implementation of Bitcoin. The Skycoin developers identified several major philosophical design issues that they saw as obstacles to global use of cryptocurrency as a censorship-resistant payment system.

Skywire, the decentralized internet protocol and mesh network, was created as a solution to answer many of these problems.

Skywire Mainnet is here for Developers to Test

After about ten months of intensive testing on a network of nearly 10,000 nodes spanning the globe, Skycoin is happy to announce that the developer version of Skywire’s mainnet is now available to the public. Its official launch date was the 4th of March 2019.

This first iteration of Skywire’s mainnet features entirely rewritten software from the ground up and is primarily focused on a platform for developers to start building the next generation of distributed apps. All existing apps have been rewritten and optimized for the mainnet including a distributed and secure chat app, SSH, and a multi-hop tunneling proxy app. Many more will be coming soon.

This first version of Skywire’s mainnet represents a huge milestone for Skycoin and for the future of the internet. Skywire will serve as an unstoppable, highly resilient network, removing any possibility of censorship.

Skywire mainnet’s developer build is the first release of many. Over the course of the next few months Skycoin will be releasing new iterations and features for Skywire – one of these is an updater that allows Skycoin to push new features constantly – stay tuned for additional information, technical details, and further updates from the team.

Please note: Do not install this on your skyminers as they are running testnet and will stop receiving rewards. Skywire mainnet can be installed on any other device to run, test and develop.

Bug reporting should be done through the repo, with steps taken to reproduce any feedback. Details of the process will be available in the readme section of the branch.

What’s Next For Skywire?

Skycoin is a third generation blockchain company that has its own chain, consensus algorithm, programming language, hardware, and their flagship product Skywire which is a decentralized community-driven mesh network where users themselves will own and control the network’s infrastructure. Skywire’s goal is to provide everyone with access to fast, secure, private and reliable internet.

Skycoin is the source of this content. Virtual currency is not legal tender, is not backed by the government, and accounts and value balances are not subject to consumer protections. This press release is for informational purposes only. The information does not constitute investment advice or an offer to invest.

It would appear most of the cryptocurrencies, tokens, and digital assets have successfully weathered the storm this morning. While there...