Trade.io, a blockchain-powered financial institution, announced on Monday that it has officially launched its customisable crypto-to-crypto exchange. The platform is now available to the 1,000 pre-selected users. Further release groups will be announced in the near future.

Initially, the exchange will offer BTC (Bitcoin), BCH (Bitcoin Cash), ETH (Ethereum), LTC (Litecoin) and TIO (TradeToken) to trade. However, the company plans for the exchange to become a one-stop-shop for traders. As a result, the company will also offer asset classes such as forex, commodities and others on the exchange.

According to the statement, the company will also be offering leveraged crypto products and fiat to crypto facilities on the exchange. From Monday, all new registrants will join a waiting list and will be able to begin trading on a first-come, first-serve basis.

Delayed launch of the trade.io exchange

The launch of the platform comes a few days later than expected. This is because earlier this month, Finance Magnates reported that the CEO of trade.io announced the platform would be launched on July 17, 2018, at the Bloomberg event “The Future of Cryptocurrencies” in London. 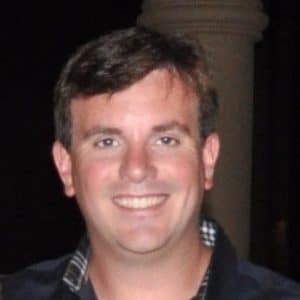 Commenting on the official launch, trade.io’s CEO Jim Preissler said: “the trade.io Exchange has been designed to give power back to customers by democratizing and disrupting the financial industry. What we are doing here is recapturing revenue and distributing it back to customers. With the help of our team of experts in the FinTech and blockchain sectors, we have created the future of crypto exchange here today.”

The exchange is the only fully customisable platform in the industry. Since the BETA launch of the platform in June, the company has sought significant feedback from the trade.io community. The community consists of Trade Token (TIO) holders, otherwise known as “TIOnauts”. Leading up to the official launch on Monday, the TIOnauts have been stress testing the exchange. As a result, the community has contributed towards certain features and specifications of the platform.

To help avoid any trading opportunity losses, there will be no downtime during system updates, the statement said. In addition, because of the liquidity pool, TIO holders will have access to the platform on a daily basis.