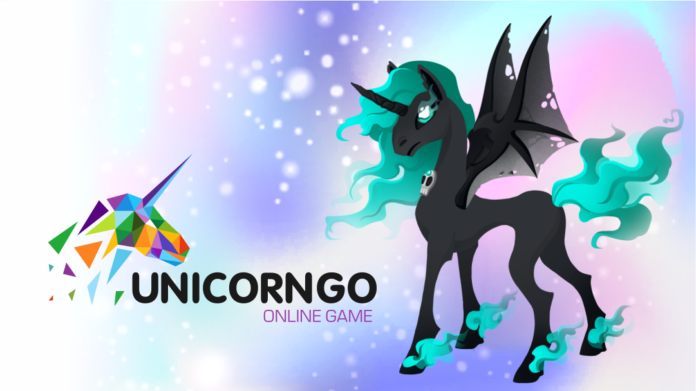 It is the internal currency of the UnicornGo project, backed by famous venture investor Alexander Borodich. CandyCoin tokens have a 12,000,000 token release cap using smart contracts.

Currently, CandyCoin is being traded on the ForkDelta exchange, and is in the voting stage for being listed on Cobinhood and other popular crypto exchanges.

Smart contracts used in the game are based on the Ethereum platform. The next step is to move to the Universa blockchain, which offers higher transaction speeds and almost zero fees.

The mobile version of the game, which is under primary development at the moment, will bring the player into augmented reality, with the Izetex team working on the integration of crypto unicorns into our daily life.

The UnicornGo team together with BasisNeuro has already developed a neural interface for controlling crypto unicorns with the power of thoughts! A new high-tech gadget design is being created under the guidance of a former Tesla designer. This new gadget promises to become a real sensation.

The first generation of unicorns, GEN-0, already can be bought on the official website. The GEN-0 unicorns are limited to 30,000 and will be the predecessors to all subsequent generations. This opens profitable gains for each user, especially the early members of the community – GEN-0 unicorns’ genes are randomly generated with a chance to get rare hereditary unicorn traits 30 percent higher than in the next generations. Moreover, in this fairytale world every player can catch their luck by the tail. Anyone who acquires a Legendary Unicorn will get a $10,000 prize from UnicornGo as a tribute from the team for supporting the project.

The game has launched sales of Land, an in-game asset that allows production of MegaCandy by growing magical trees from planted CandyCoins. MegaCandy is a special treat for unicorns, eating which will result in eliminating the breeding and tournaments cooldowns. The marketplace is also now available! Unicorns can be traded, sold and bought using this feature.

In the game a player can select partners for cross-breeding in order to obtain valuable offspring, train unicorns and mix them with several simple ones in order to create one that is endowed with the desired qualities and external characteristics. The mechanics of gene crossing and hereditary transmission of various characteristics leading to the next generations of mythical unicorns are based on real scientific genetic work.

In fact, every player can contribute to the development of science by creating different species and cross-breeding unicorns. The more gene crossings occur, the more secrets about the mechanisms of gene mutations can be observed and revealed by scientists with the help of blockchain technology. The research in this field of human knowledge is transferred to the blockchain by the project team that has extensive experience in software development.

In addition to their digital genetic traits, every unicorn can develop and build its own market value by gaining popularity over the internet. The more popular one gets, the higher will be the rating score that can potentially lead to a higher trading value. In the future this can lead to the appearance of celebrities among the unicorns. The act of gene crossing with such a unicorn there can be a very substantial payment to its owner.

Find out more about UnicornGo project, purchase a first-generation unicorn and try your luck to win $10,000 on the company’s official website https://play.unicorngo.io/

To create your own unique unicorn and play with its features in the sandbox, follow the link http://demo.unicorngo.io/