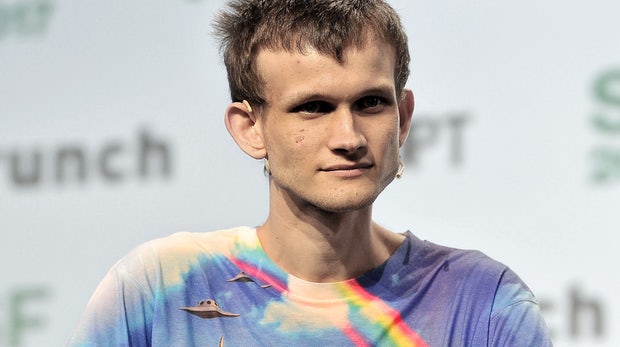 Portrait. He is 24, bitcoin millionaire and has developed his crypto-currency ether just out of boredom. But how does the genius Vitalik Buterin tick?

Purple plastic wristwatch, a grubby T-shirt, restless look: Buterin’s gaze is not that of a manager, he’s not awake, responsive, prepared. He tends to look like a dreamer, his eyes wandering around the room, sometimes, it seems, he just forgets that he’s having a conversation. He likes to monologize and fire out the syllables with the speed of a machine gun. It is obvious that his brilliant brain thinks much faster than he can talk.

But his choice of words is elaborated, he speaks like a professor from Stanford. He uses mathematical formulas, uses specialized vocabulary with the naturalness of a classic Silicon Valley genius. Buterin does not have much in common with the big names in the technology world: Zuckerberg studied at Harvard, Larry Page and Sergey Brin worked on the idea of ​​Google as part of a research project at Stanford University. In other words, they come from wealthy families; Page’s parents sell an IT company to Yahoo for $ 400 million.

Buterin comes from a humble background; at six, he and his family move from Russia to Canada because their parents hope for a better future there. Especially for Vitalik, because he is highly gifted. At age seven, he’s already multiplying three-digit numbers with the speed of a calculator – a math genius like most programmers. That’s how Buterin became a bitcoin millionaire: “I was bored, I wrote a Bitcoin blog. At some point, someone offered me to write blog posts every day for very little money: five Bitcoin per article, then a Bitcoin was worth 80 cents. “At the time of writing this article, the currency stands at over $ 8,000.

Buterin has never made money out of money, but has come to appreciate it: “In the past, I traveled a lot on the subway, so you always have to be careful when the right stop comes. That distracts from the code. Now I’m driven, so I can work more efficiently. ”

“Bitcoin is okay, but not much. That’s why we developed Ethereum”

“Bitcoin and Ethereum come from a different philosophy,” explains Buterin. “Bitcoin is a simple mathematical protocol that has no major ambitions. You can trade it, buy it in the future at Amazon or in the supermarket, pay your bill in the restaurant. “It will not change the world fundamentally, but just make it more comfortable. This is especially important for countries that have no functioning banking system or no access to money in the immediate vicinity. And for our globalized economy: “Because our banks are working with ridiculously bad technology, a referral from the US to Japan takes a week. BTC is about 15 minutes, depending on the Exchange. ”

He sees Ethereum as a “General Purpose Blockchain”, in short he plans to revolutionize or decentralize the Internet, because that is the core idea of ​​Blockchain. “The Web 3.0 is the vision that Ethereum, along with a few other technologies, will decentralize the entire Internet, putting control back into the hands of users.” Here’s where the big difference between Buterin and Silicon Valley is Some want to control and market as much data as they can while providing much more anonymity. “Ethereum serves as a decentralized database, Whisper as a decentralized messaging solution, Swarm for decentralized content hosting.”

Mark Zuckerberg, Larry Page, and the founders of Medium, Snapchat, and other companies may not welcome this, because even though he obviously does not say so, but essentially wants to abolish Silicon Valley for what it will be in 2018: a billion dollar industry that has acquired near-perfect databases from all of us that can potentially be misused. As evidenced by the recent scandal over Cambridge Analytica’s influence on US elections.

Because currently we have largely centralized databases: WhatsApp has 1.5 billion users worldwide, almost every German uses the slim messaging service, which does not consume much battery and simply works. WhatsApp belongs to Facebook. And where do we upload our most pictures? Nearly 1,000 pictures are uploaded to Instagram per minute. Instagram is also Facebook.

“All our data are in the hands of very few mega-companies, and there is little competition,” says Buterin. “It’s very difficult for a creative company to attack Facebook or Google because it requires billions in investment. That’s what I love about Blockchain as an idea: we do not need server centers, corporate structures, and CEOs. Ethereum runs on thousands of PCs, and it’s based on a social contract. We set as community community parameters that we consider to be good and right as a community. We all make sure that this social contract is not broken.

Incidentally, this is not new territory, but in fact even a German invention: 400 years ago, the Hanseatic League was an alliance of merchants who secured each other in the event of the loss of a ship. Most merchants had only one or at least few cogs, sank one, threatened to go bankrupt. This risk prevented a first form of insurance. Our modern insurance system is based on that, and even our financial world: the articles of association stipulate that I can buy something for US dollars, euros, etc., that does not just consist of printed paper because banknotes do not taste very good. ”

The problem with energy consumption

The blockchain has a fundamental problem: for humans and mining. The chain of code fragments will only be written down if people provide computing power, which has dramatically increased energy consumption. Although not as enormous as some journalists like to exaggerate: “It seems to me an overheated debate that relies too little on real data,” says Buterin. “An Etherium transaction needs 65 kilowatt hours. We have to work on that and we’re already doing that, but it’s not that we’re fueling climate change – there are other factors. ”

According to Buterin, the biggest challenge is the centralized hardware world: 70 percent of all miners used graphics card types from two companies: Nvidia and AMD, which are not yet designed for mining. Which he is right, the most popular mining cards have been optimized for video games.

“It’s the biggest challenge for which I do not have a good solution,” says Buterin. “On the software side we can do a lot: If a small group controls too much Ethereum, we’ll respond. But I can not order a log to melt the graphics card, at least that would be too aggressive and manipulative. “Mining he considers in principle a good thing, because it ensures a redistribution of resources:” Gemint is mainly in regions with favorable Energy costs – countries like Pakistan, Kazakhstan or Venezuela, which are rather underdeveloped. Mining will strengthen the middle class and it’s good for society. “The official name of Buterin is chief scientist at Etherium, he does not want to move into management, otherwise the blockchain would be just Silicon Valley 2.0.

“I think direct democracy works best here, meaning that users rule as a community based on standards that are set in advance. At Bitcoin, people love this maximum cap of 21 million BTC, which should not be exceeded, since Etherium should be able to perform a wider range of functions, could be considered as over 120 million ethers as an upper limit. ”

Therefore, users are also free to accept a killer update via Casper – it’s basically a referendum based on Swiss model. Above all, as an update to the Etherium Protocol, Casper is hoping to better distribute rewards: “Humans are quite rational beings: do you reward them, stand up for the platform and their well-being, and oversee those who want to harm them.” He plans to build Casper so that if someone tries to sabotage the protocol, it loses a lot of money.

Why Buterin recently met with President Putin in the Kremlin

And even if he does not want to say that so obviously, Buterin is well aware that the CIA, Mossad and the big intelligence agencies in the world are keen to decipher parts of Blockchain. He uses the term Bad Actor for it. Although some parts of Silicon Valley are against governments, Apple advances, the majority of its data for evaluation to the NSA and other intelligence out. It is not for nothing that the US, in the form of the SEC, is trying to exert as much control as possible on the crypto world.

It will be exciting to see who wins: the nerds with their mathematical protocols and a code chain that is permanently updated and reconciled, and therefore considered to be unhackable – or the secret services.

Vitalik Buterin is looking for dialogue rather than war. Most recently, he returned to his native land and visited President Putin in the Kremlin: “We need to understand the challenges that banks and governments face and what causes them sleepless nights to make the world more efficient, fair and better via Blockchain.” Putin was also technologically much more versed than politicians commonly trusted.

But Buterin just wants to be calm: “I can only work 16 hours a day, so the next time someone else from the Etherium community wants to meet a head of state, he should get in touch. Then I would have more time to code, “he says.

Here’s this week’s update. The focus has been predominantly on mobile this week. Cross-platform: Updated translations Updated: Temporarily disable deep...