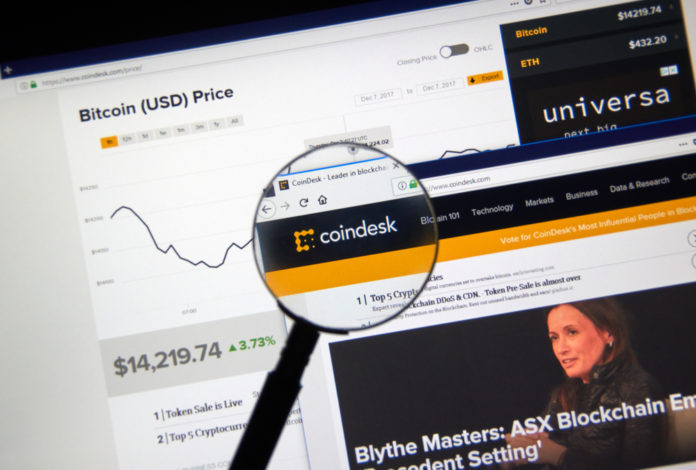 Vitalik Buterin calls for a boycott of the forthcoming consensus 2018 Conference of Coindesk. According to the opinion of the Ethereum-founder, the platform supports scams. He also questioned the quality of their reporting.

The English-language platform Coindesk is a point of contact for many crypto-interested people in the English-speaking area when it comes to news at Blockchain and bitcoin. Vitalik Buterin, co-founder of Ethereum, positioned himself in a series of tweets now decidedly against Coindesk. His criticism was mainly the “terrible reporting” about EIP 999 as well as its highly commercialized orientation and the support of scams.

I am boycotting @coindesk’s Consensus 2018 conference this year, and strongly encourage others to do the same. Here is my reasoning why.

1. Coindesk is recklessly complicit in enabling giveaway scams. See their latest article on OMG, which *directly links* to a giveaway scam.

2. Their coverage of EIP 999 was terrible. They published a highly sensationalist article claiming the chain would split, when it was very clear that EIP 999 was *very far* from acceptance. This is why pundits need to be replaced by prediction markets, ASAP.

3. Their reporting policies are designed to trap you with gotchas. Did you know that if you send them a reply, and you explicitly say that some part is off the record, that’s explicitly on the record unless you go through a request/approve dance first?

4. And by the way, the conference costs $2-3k to attend. I refuse to personally contribute to that level of rent seeking.

“Welcome to the boycott. I will not appear either. ”

On a demand from another Twitter user why he did not use the opportunity at the conference to confront Coindesk, he joined Vitalik Buterins last tweet:

“Because it would legitimise a 3,000 US dollar ticket event that claims to be the most important conference ever. To be honest, I believe the conference model has completely expired. Meetups and YouTube are much more effective. ”

Buterin did not fully agree with the opinion of Hoskinson. He remembered that conferences were useful to bring people from all over the world into the same subject. Smaller academic conferences are also useful. Besides Buterin and Hoskinson, OmiseGo also announced their boycott of the conference.