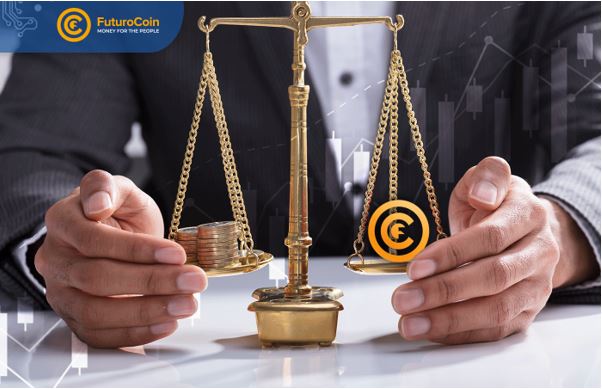 Fiat money is the most popular payment method in the world. However, there are different ways to transfer your money. Is virtual coin better than ‘real’ currency?

For the past ten years, there have been cryptocurrencies in the world. Lately, they have got a lot of attention. The main question is whether crypto coins can replace the ‘real money’?

Issued by a government and regulated by central authority. Usually, fiat currencies are not backed by any physical commodity.

The fiat currency is based on the credit of the economy. Every well-known currency like US Dollar, Euro or British Pound gets its value from the demand of the market and forces ruling it.

Fiat money is relatively stable (not always, though). It is also controlled by regulators, which can be either good or bad. The control allows governments to navigate the economy in the way they want.

Decentralization also gives a power to a user. The crypto owner is in control of his/her funds. Decentralized mechanisms don’t rely on third-party services. It is called P2P (peer-to-peer) trade. Every user sends its assets directly to another user through automatic processes. Decentralization also gives every customer anonymity, so the level of security is higher. Not having any central platform prevents from hacking those who transact with each other.

The time and supply difference

Fiat and cryptocurrencies differ in many ways. One of the most important distinctions is time. Fiat transactions require a vast amount of time. First, every customer has to make a deposit. Bank functions only from Monday to Friday and just in limited hours. So, if somebody wants to pay for something online in a bank on Saturday, money from his / her account will be taken immediately, but it will be delivered on Monday.

Cryptocurrency can be transferred without any break, 24/7. The second advantage of transferring money via blockchain is that it takes only a short while. For instance, the FTO transactions happens in the blink of an eye.

Another leverage of a crypto coin is its limited supply. Many cryptocurrencies have a limit, which they can’t exceed (for instance, FTO is limited to 100 million units). Government or a reserve bank can print more money to stabilize the economy. It can go sideways. Whenever authorities release additional bills, the price of it decreases. In extreme cases, that process can lead to hyperinflation.

There are a few more benefits of virtual tokens. Things like security, the market growth, and immunity to hacking surely speak for the cryptocurrency.

What the Future will hold

Of course, fiat money is more common than cryptocurrencies. For centuries, it was basically the only possible way of paying. However, crypto industry was created with regard to the future. It’s still to be determined, if virtual tokens will be the most popular way of paying. So far, we know that cryptocurrency can be faster and more efficient than the ‘real money’.