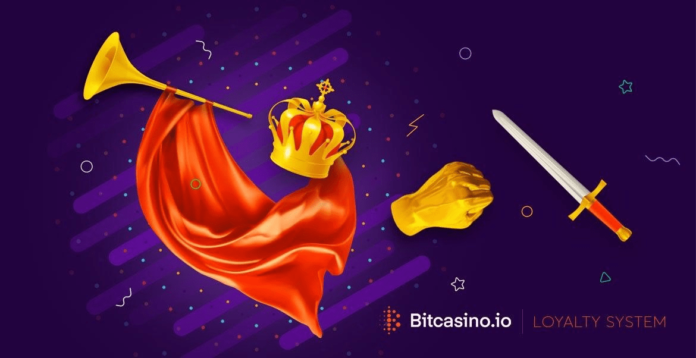 The new program boasts 7 levels, 22 milestone rewards, and a ‘win-win’ feature which sees players receive cashback not only for wins but also losses. By keeping the customer at the center of the loyalty program, Bitcasino has created a transparent, custom-made reward system, focusing on the needs of its loyal user-base.

Bitcasino’s innovative Loyalty Club system has already helped evolve the company’s whole marketing strategy and now sets out to challenge the industry standard for reward-based programs. In a pioneering move within the cryptocurrency casino market, Bitcasino has successfully removed all deposit-based bonuses and rewards including the renowned Welcome Offer. Bitcasino’s players will never again have to adhere to complex bonus conditions or discover hidden requirements. Instead, they simply receive their rewards directly to their account as they play without any interference from Bitcasino.

Players are also independently able to reach clearly defined milestones and levels, such as the elusive VIP level; a status which ordinarily has been determined and given out by a casino on a case-by-case basis. Once unlocked, the milestones and levels immediately offer a variety of instant, dynamic rewards tailored to the player’s personal preference and all based on an individual’s gameplay.

The dynamic rewards have no preset value and are controlled completely by the player; the more a person plays, the greater the benefits become. The program ensures that all players, regardless of their bankroll, are rewarded, with every single wager moving them closer to the next milestone.

Bitcasino rewards include free spins on a player’s favourite games, up to 10% cash rebates, instant rewards, points multipliers and real money awards in a player’s preferred currency with no wagering requirements.

Tauri Tiitsaar, Director of Casino at Bitcasino, discussed the Bitcasino community’s outcry for a more customized rewards system, and explains how the company has responded, stating;

“We’ve shown our players the fun, fast and fair way of gaming and now it’s time to take it another step further. Bitcasino’s new loyalty program opens up the often complicated and confusing world of casino bonuses to our players, giving them the all-important insight and ability to determine their own gaming experience.

“After receiving a lot of valuable feedback regarding how we reward players over the years, we knew from the beginning of the loyalty development process it was crucial for our players to be able to take full control of their rewards. I’m proud to say our revolutionary program lets them do just that.”

Founded in 2014, as part of the Coingaming Group, Bitcasino has an expansive, quality casino product featuring more than 2,000 games, including slots, table games and live dealer casinos from some of the industry’s leading suppliers. These are hosted on its proprietary platform, developed by leading designers and software engineers to create the ultimate user experience for players.

Bitcasino prides itself on its enjoyable and trustworthy casino and gaming service, with withdrawal times of around 1.5 minutes amongst the fastest in the industry and cutting-edge security measures in place.

Coingaming is the source of this content. Virtual currency is not legal tender, is not backed by the government, and accounts and value balances are not subject to consumer protections. This press release is for informational purposes only. The information does not constitute investment advice or an offer to invest.