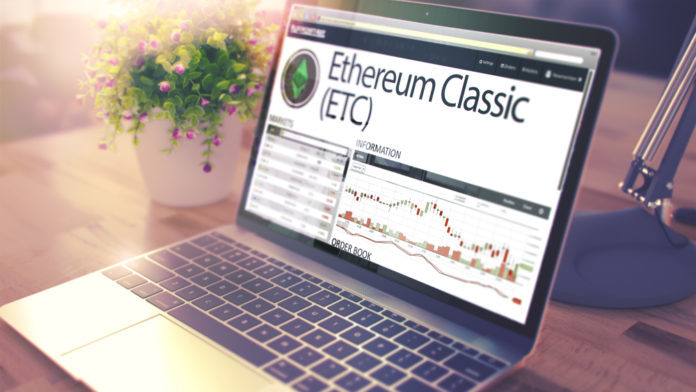 At the weekend, Ethereum Classic – is currently under attack: more than half of the miners are at times malicious and produce double spends.

On Sunday, the developers observed that there were always such reorganizations. It quickly became clear that Ethereum Classic is under a “51 percent attack”. This attack attacks all proof-of-work blockchains, those with miners that produce hashes, and is the worst case for them. Already Satoshi has described the attack in the white paper (Section 10).

He goes something like this: A dishonest miner gains the majority of hashing power. This is very expensive for Bitcoin and Ethereum, but affordable for small coins like Ethereum Classic. Then he creates a covert, alternative blockchain that incorporates more hash power than the other open blockchain. The hidden blockchain keeps the miner to himself, while everyone else believes that the open is valid. In a favorable moment, the miner releases the hidden Blockchain. Because all nodes in the network follow the rule that the chain that holds the most proof of work is valid, delete the blocks they already have and replace them with the new ones.

For this reason, exchanges are watching closely for the blockchains of coins they trade. The reorganizations that Ethereum Classic Blockchain went through over the weekend included numerous double-spends worth a total of over 219,000 ETCs, which is a good $ 1 million.

The incident shows once again that a blockchain is insecure if it does not combine the majority of the hash power of its algorithm – perhaps also the corresponding hardware (CPU, GPU, Asic). Examples of coins that have already been attacked by a majority of the hashrates are the auroracoin or bitcoin gold. The miners were in both cases conglomerates of Grafikkartenminern. Ethereum Classic could be Asic Miners as well, but most of them are probably graphics cards.

After 2017, when graphics card mining became so popular that electricians had to ration their deliveries, 2018 was a rather lean year for the miners. 2019 does not start much better, which is why it is conceivable that desperate miners who sit on farms from graphics cards, now try with unfair means to reinvest their investment yet. Among the Altcoins, who share an algorithm with larger coins, this leads to cannibalization.